It seems that the heavily rumoured Halo Infinite Battle Royale is finally coming. The battle royale mode is most likely set to be released in Season 2 and it will introduce some unique gameplay mechanics compared to the standard BR experience, by blending traditional battle royale with fast-paced arena shooter gameplay. If that sounds exciting to you, here’s everything we currently know about the BR mode, including when is coming out, what are the rules, and more. 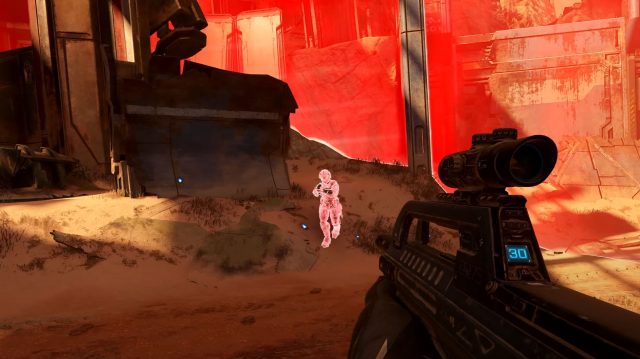 Is this the Battle Royale mode in Halo Infinite?

While not yet confirmed, the Battle Royale mode is almost certainly releasing with Season 2 on May 3rd, 2022. Previous leaks suggest so. Also, the teaser trailer for the new season shows something which heavily resembles encircling beams closing on players. That’s a key gameplay component of battle royale games.

343 Industries hasn’t yet officially announced any details about the BR mode in Halo Infinite. Nonetheless, recently, leaks started appearing, showing details about a mode called Last Spartan Standing. Based on these leaks, the mode will be a hybrid of a battle royale and a so-called gun game. A gun game is a free-for-all mode where players are being offered progressively better weapons as they continue killing their enemies.

The aforementioned teaser for Season 2 shows a moving laser beam encircling players on a Big Team Battle map. That’s a clear sign that the Last Spartan Standing mode will have at least some elements of a battle royale. The description of the mode from leaked images says that Spartans will be able to “level-up your loadout” with something called Personal Score. Currently, we can only speculate what this exactly means. Some fans suggest a Warzone-like feature to gear up your character before the matches. But, it can also mean that you will receive better gear the better you play.

At the moment, how exactly will Last Spartan Standing play is unclear, but it’s almost certain that’s the rumoured battle royale mode. As Season 2 comes closer, developers 343 Industries will share mode details about the mode. For now, that’s all we know about Halo Infinite Battle Royale, but we will make sure to update the article as new information becomes available.