All That Glisters is one of the main quests in Kingdom Come Deliverance. It involves investigating and busting a counterfeiting ring. It’s an extremely long quest, with lots of convoluted, badly explained and bugged objectives. There’s a good chance you’ll get stuck at some point – finding the mysterious knight, defeating him, discovering the location of the mineshaft, or finding any of several key characters, like Feyfar, Jezhek or Rapota. That’s why we’ve decided to write this Kingdom Come Deliverance All That Glisters quest guide.

How to defeat mysterious knight?

Like all other hard enemies in the game, the mysterious knight seems to be vulnerable to arrows shot directly into his face. Simply backpeddal and stuff his face full of arrows. Kiting him around an impassable object also helps. Don’t kill him, though – for some people, this stops the quest from continuing. Also, you can later ask him for help, but only if he’s still alive.

Some players are having trouble finding him after they get the objective to Lie in wait for the mysterious knight. In order for him to appear in the wild again, you first need to talk to him at the inn. He will either be at a table (outside or inside), or in his room. You can also murder him in his sleep there, if you’re the cheap kind.

Where to find Tobias Feyfar?

Tobias Feyfar is one of the key individuals you’ll have to talk to during the quest. He has a pretty hectic schedule, so you might have trouble finding him. The game will point you to his room in the lower castle, but the door might be locked. This is a bug – if the door happens to be locked, save the game, restart and reload. 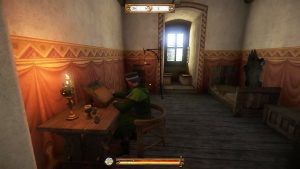 Rapota is the spy following Florian around. After Florian tells you about him, you’ll have to talk to the guy. You’ll find him in front of Florian’s house in the morning. The problem is, he’ll try to run away. No matter how fast you are, he is faster. You’ll need to get on your horse, run ahead of him, then ram into him from the front. This will fool the game into thinking you’ve caught him. 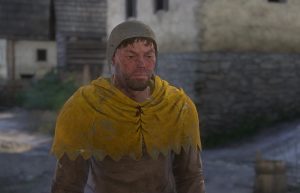 Where to find mineshaft entrance?

Once you’ve collected all the evidence you need, you’ll need to raid the counterfeiters lair. It is hidden in a mine west of Merhojed, south of Rovna, in the hills near the river. Once you enter the mine, simply go forward until you reach Jezhek. If you end up fighting him, be sure to stop when he surrenders. You don’t want to kill him. 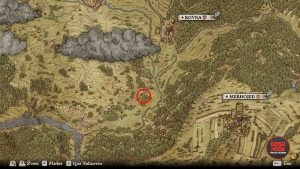 Where to find Jezhek in Rattay?

After you’ve arrested Jezhek, you’ll want to interrogate him. His cell is marked on the map, but it’s a tricky location. You can get there by entering the building opposite the tailor, where the scribe is, and going to the basement. His cell is the last one. 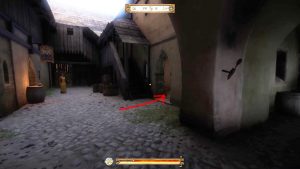 Are your old heroes locked in Overwatch 2 despite you meeting the requirements? Overwatch 2…