The Good Thief is a side quest in Kingdom Come Deliverance. It involves digging up a grave, stealing a ring from an executioner and gaining admission to a ring of thieves. Some of the objectives in this quest aren’t clearly marked, so players are having trouble completing them. We’re going to help those in need with our Kingdom Come Deliverance Good Thief quest guide.

Where to find spade in The Good Thief side quest?

The quest starts when you talk to miller Peshek, the guy that runs the Rattay mill, also known as the guy who lets you crash in his pad after you get your ass handed to you by an immortal bandit. He’ll ask you to get him a ring that belongs to a dead man, burried in the village cemetery. The first problem players have been running into is finding the spade. You’ll need one to dig up the grave, and you’ll find it at the mill, near the wooden cart by the barn. 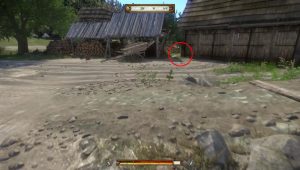 Once you have it, you’ll need to go to Gallows Hill and do some digging. The grave will be marked on your map, so you won’t be able to miss it. It turns out there’s no ring, so you’ll have to head back to Peshek. He’ll tell you he suspects the executioner took it, and he needs you to steal it. He’ll give you some lockpicks, too, since you’ll need them. Be sure to save at this point, so you can reload if your lockpicks break.

Follow the marker to the executioner’s humble abode, and steal the ring from the chest in the bedroom. You’ll need to either sneak past him, or distract him, in order to get to the room. Once you have the ring, take it to Peshek, and he’ll start acting as a fence, letting you sell stolen items. He’ll send you to bring the ring to another miller in a nearby village, who also turns out to be a fence. It seems there’s no money in honest milling in medieval Bohemia.

NEXT POSTKingdom Come Deliverance Where to Find Nightingale Keeping the Peace