Money for Old Rope is a quest in Kingdom Come Deliverance. If you take it up, you’ll have to sabotage an execution by finding and tinkering with a bunch of tools. You’ll need to sabotage them indivitually – the flesh-ripping tongs, the executioner’s sword and the rope. Once you’ve completed the quest, you’ll get the Spoilsport achievement. Since there are so many steps, a lot of players are bound to get stuck at some point. We’re going to show you the locations of all pertinent items in our Kingdom Come Deliverance Money for Old Rope quest guide.

When you talk to the executioner, he’ll tell you to read the Black Chronicle, to see what the appropriate punishments are. If you can read, then you’re all set. If not, don’t worry – you have a week to solve the quest, so if you don’t dally, you’ll make it in time. Go to Uzhitz and talk to the scribe there. You’ll need to complete the Mightier Than the Sword quest, and then you’ll have the ability to read.

Once you’ve read the book, talk to the bailiff. He’ll tell you about what the three men did. The appropriate punishments, according to the book, would be:

How to get executioner’s sword?

The executioner’s sword is in their camp, in the left tent. You’ll find it in a locked chest – either pickpocket the executioner for the key, or pick the lock. It’s best to wait until it’s around midnight, then sneak in and get it. You can knock out the men, but it’s best not to draw any attention. 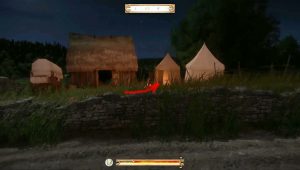 Once you have it, take it to the blacksmith’s shop and use a grindstone to dull the blade – if it’s sparkling, you’re doing a good job. After that, all you have to do is sneak back into the camp and return the sword.

While you’re at the camp, sneak into the barn. Climb the ladder to the upper floor, and replace the executioner’s rope with the one you got from Herman, the rotten, old one.

Where to find tongs?

The tongs will be on the driver’s seat of the carriage next to the barn. Use the poison on them to sabotage them. 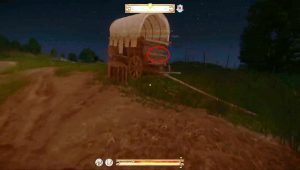 How to get poison?

If you don’t already have a bottle of poison, you’ll have to either buy or brew some. There’s a herbalist in the woods west of Neuhof that sells it, as well as the recipe. If you already know the recipe, you can craft it yourself at any alchemy bench. 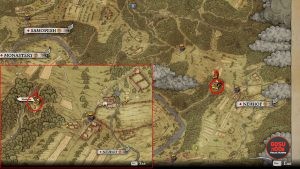