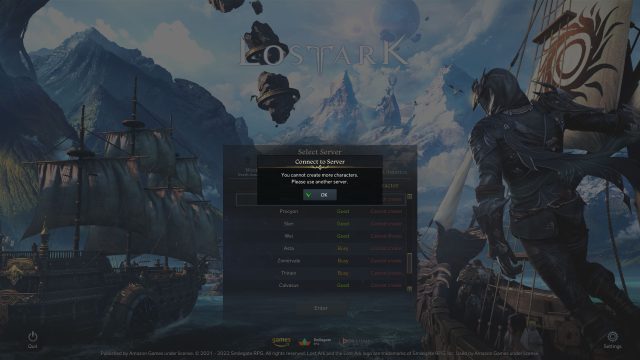 If you have experienced limitation on any other server that is not on the list, please share your thoughts with us in the comments below. It is also important to know that EU Central server Beatrice and NA East Elzowin will immediately be opening for new players, while additional servers will also be rolling out ahead.

We are continuing to monitor server populations and will continue adding new servers as needed.

If you have any additional problems with Lost Ark Not Launching error and Connection Timed Out, or Error 10010 Lost Ark Server Authentication Failed, take a look at our detailed guides.