Disgorged Lump is a crafting ingredient in Lost Ark that you need to craft Protein Packed White Bird Stew. The stew is an item you’ll need to complete the cooking section of the Adventurer’s Tome. Completing the Rethramis Adventurer’s Tome can bring some valuable rewards your way. In order to 100% it you’ll need to collect the items in the cooking section. All of these have a tip for finding them. These tips are not so clear though. We thought we help you search for Protein Packed White Bird Stew and its ingredient the Disgorged Lump in Lost Ark so it takes just a few minutes. 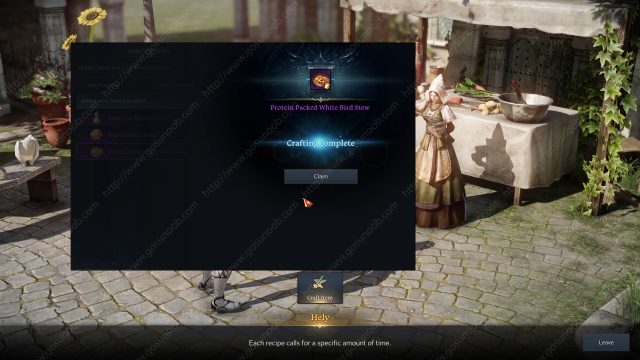 Lost Ark item tooltip for Disgorged Lump says the it’s a lump of vomit the White Birds in Loghill feed their babies with. Yummy! Tooltip also says to search Loghill and look for the white birds living near the chapel. There’s a lot of white birds in Loghill. The key here is the chapel. It is the one you visited during the main story quest called the East Oratory. There’s a vista there called Church Ruins. Near it are a lot of White Redbeaks. Luckily, you don’t have to grind them out until the item drops. It is hidden in the bushes as shown on the map bellow. Investigate the bush and get the Disgorged Lump. Now go back to Hely and craft the Protein Packed White Bird Stew 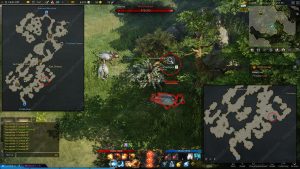 How to Get Protein Packed White Bird Stew?

Protein Packed White Bird Stew Adventurer’s Tome tooltip says to craft it at Hely in Prideholme. Hely is a cook NPC in the main city of Rethramis. You’ll find her at the southern tip of the map. Go to the icon with a chef’s hat on it and then talk to Hely. This opens the crafting menu. To craft the stew you need to have 1400 silver and Disgorged Lump. Once you have these you can just click on the Request button and it should craft it. It goes into your inventory and you then have to right click on it to add it to the tome. Where to find the Disgorged Lump though? 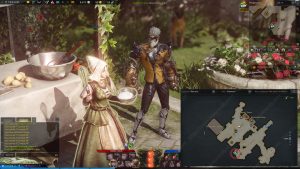