Salt Cracker in Lost Ark is a special cooking collectible needed for completing the Adventurer’s Tome of Yudia continent. Yudia is the second continent in the game. You should be familiar with how collecting stuff for the Adventurer’s Tome works for now. Still, finding the salt candy is done by following a vague tooltip. You have to solve this little location riddle if you want that Ignea Token and sweet loot it can be exchanged for. In this quick guide we’ll show you the location of the Salt Cracker in Lost Ark and the exact spot to find it at on the map. 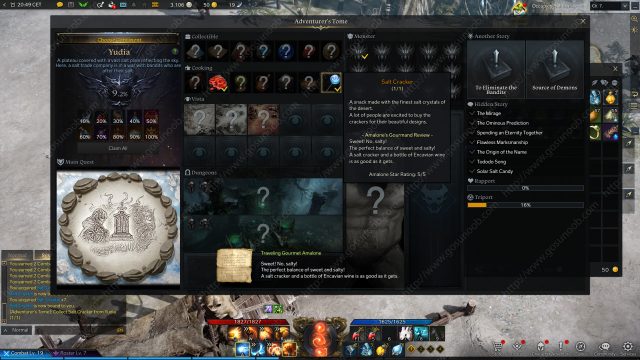 How to get the Salt Cracker in Lost Ark? Under a rock in the Occupied Saltern.

Adventurer’s Tome tooltip for the Salt Cracker says you are supposed to search Saland Hill. It also says it is under a rock in the Occupied Saltern. Yudia is a strange “continent” because all of it is happening on one zone map – Saland Hills. As you do the main story quest of Lost Ark here you will go into Occupied Saltern. It is the southwest sub-zone of Saland Hill. However, there ae many rocks to look under here. The rock you’re after is in the northern section of the Occupied Saltern. Look at the map screenshot bellow for the exact spot. 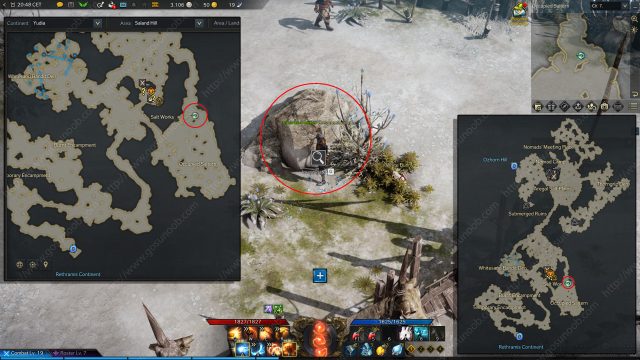 The problem is that when you inspect the rock you’ll get these Salt Crystals. Seven at the time. Salt Cracker they ain’t. What you need to do when you pick up the first batch is go into your inventory and then right click on them. Each of these has a small chance to produce a Salt Cracker. IT took about 10 tries for me to get the Adventurer’s Tome item. Luckily it’s not a long grind. If you use up all your Salt Crystals you should then just inspect the rock again. You’ll get another batch. ;You can safely dispose of the broken cracker leftovers in your inventory.