Lost Ark is a melting pot of different influences and tropes. It combines elements both from eastern and western mythologies and RPG conventions. As such, it’s no wonder that, among the many creatures present in Lost Ark, the Mimic also makes an appearance. Ever since its first introduction all the way back in the Monster Manual for AD&D from 1977, it has remained one of the most iconic fantasy monsters. When it comes to video games, players are most likely to know this monster from titles such as Baldur’s Gate 2 and Dark Souls. In Lost Ark, Mimics drop a puzzling key when you defeat them. But what does this object unlock and where can you use it? Our Lost Ark Key Swallowed by Mimic guide is here to provide the answer to all of these questions and more. 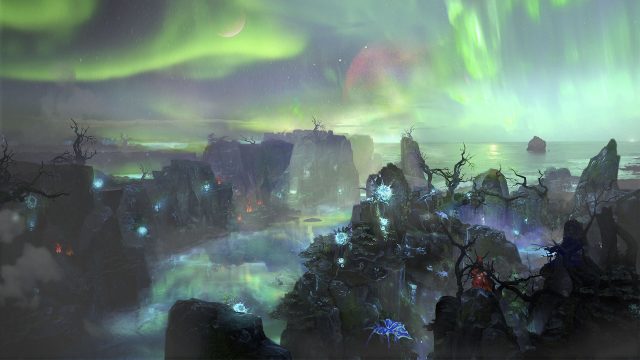 How to Use Key Swallowed by Mimic in Lost Ark

Mimics traditionally take the form of a treasure chest. When overeager adventurers rush in to open and loot these, they are in for a nasty surprise. Instead of opening and revealing all sorts of riches, the “chest” sprouts teeth and attacks the player. Luckily, the Mimics themselves are not very dangerous foes. With them, it’s more about the sudden terror of expecting a reward and coming face to face with a pair of jaws instead.

In Lost Ark, you will encounter Mimics in the Ozhorn Hill area – more specifically among the Nevatia Ruins there. There, you will battle many of these Mimics. Once killed, each and every one will drop a “Key Swallowed by Mimic” item. Its description: “Mimics are not picky eaters, I suppose.” certainly doesn’t give you a lot to go on. So what’s this item even for? Well, sadly, this item doesn’t really have any in-game use. It’s more of a lore tidbit – about how mimics will even devour keys which have once been used to lock them.