The May “Destined For Destruction” update has finally arrived in Lost Ark. The next big monthly update for Lost Ark is bringing several major additions to the game. Namely, the Destroyer advanced class, Deskaluda guardian raid, new guild activities, various cosmetics, and so on. And of course, probably the most exciting thing – the first Legion Raid in the western version of Lost Ark, called Valtan. These exceptionally hard team-based activities are exciting endgame content tailored for those players who want to showcase their skills and perfect coordination. Alas, some players are reporting that the Notice: Legion Raid quest is not showing up for them in the journal. Here’s what we know about it. 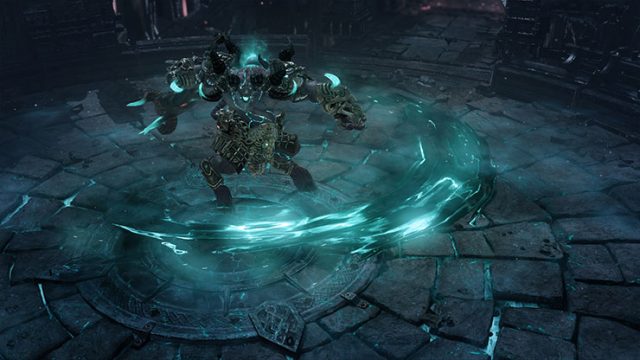 In order to become eligible for participating in the Valtan Legion Raid, players will need to fulfil a few requirements. First, you will need to be item level 1415 to try Normal difficulty, and 1445 for Hard mode. The second condition for the Legion Raid to become available to you is to finish the guide quest “[Guide] Notice: Legion Raid”. And this part is what is confusing for a number of players. Apparently, for some players, this quest doesn’t appear at all.

Part of the confusion stems from the fact that players expect the quest to appear in their journals. However, according to the players who are high enough level, the quest doesn’t appear in the journal. Rather, in any of the major cities, according to Reddit user KyroZi. “It’s not in your journal, it’s in a main city,” they wrote. “Go to any main city and check around for the purple quest.”

Another potential condition you must fulfil for the quest to appear, according to some other players, is to completely clear South Vern, the Kadan story, and the Kharmine part. Though, we must note that this is unconfirmed, just speculation from players. Thus, it’s worth mentioning in case you are still having issues with finding the quest.

NEXT POSTV Rising Best Base Locations