The Lost Ark April update has just arrived. And while a wast majority of players are enjoying the new content, some players are experiencing a rather frustrating issue. There have been reports of lost Royal Crystals, both before and after the Glaivier update. If you are wondering why are your Royal Crystals gone, here’s what we know about the issue. 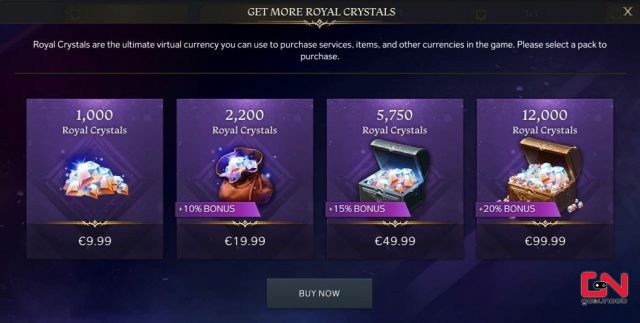 Have your Royal Crystals disappeared in Lost Ark?

If your Royal Crystals have mysteriously disappeared, we must be open with you from the get-go, at the time of writing, there is no clear explanation why is this happening. There have been reports of missing RC over the last couple of days, but seemingly without any obvious pattern to explain why is this happening.

Reddit user u/sycleoth says that his Royal Crystals disappeared after “changing the quantity field in the currency exchange”. According to him, it has “drained my Royal Crystals without me submitting the amount”. Another Redditor, that goes by the name Vivid_Lab3001, says that he has also lost around 4,000 crystals, but he doesn’t recall any specific action that might have caused the issue.

What’s strange is that it seems that both players lost around 4,000 crystals. There are several other players that have reported the same issue, many of them completely left without the Crystals. For now, nobody seems to have a solution to the problem. Many of them have already submitted a ticket via their live support, and are now waiting for the developers to try and resolve the issue. At the time of writing, several of them confirmed to GosuNoob that their RCs are still missing. Smilegate, Lost Ark developers, still haven’t officially acknowledged the issue. We will update the article as soon as we have more information about the issue.

NEXT POSTIs Ark Pass worth it in Lost Ark ? Premium & Super Premium Value