If Lost Ark won’t launch after the Easy Anti-Cheat screen and you receive the “Untrusted system file” message, we might have a solution for you. Since the game’s release, Lost Ark hasn’t been the smoothest experience. While now the game is mostly stable, players are still experiencing some issues from time to time. The latest issue has to do with the above message and the “physxupdateloader64.dl” file. Read on to learn how to fix this Lost Ark EAC detected issue. 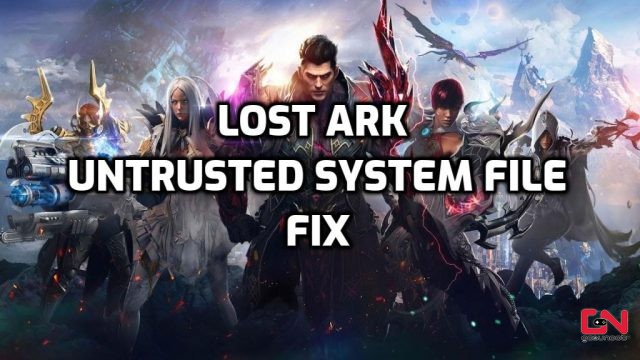 Following the July 6th update in Lost Ark, a number of players started experiencing the following issue. They would launch the game, and the EAC screen will go through, but then the game will simply freeze and not run. The usual Lost Ark splash art would not appear, despite both Steam and Task Manager showing that the game is allegedly running in the background.

When this happens, the only solution is to force-close LostArk.exe in the Task Manager, upon which an Easy Anti-Cheat error will appear, saying: “Untrusted system file … physxupdateloader64.dll”. Why is this happening and what can you do to fix this issue?

Until developers fix the issue, there are two workarounds shared by the community that should do the trick. The first thing is to make sure that you have the latest GPU drivers installed. You can look for the latest drivers either via your GPU software or alternatively, you can download them from the links below:

A number of players have reported that the issue has been fixed after they had updated their GPU drivers. Make sure to restart your PC as well, for good measure. However, for some players, even this wasn’t enough. If you are still experiencing this problem with the up-to-date drivers, then you should remove the problematic file from your PC.

Easy Anti-Cheat says that “physxupdateloader64.dll” is the “Untrusted system file”. This file can be found here “C:\Program Files (x86)\NVIDIA Corporation\PhysX\Common”. Find the file and delete it, and then run Lost Ark again to see if it’s running now. This should hopefully fix your issue, and you will be able to play the game as normal.