When does Apex Legends Mobile Season 2 start? The second season of Apex Mobile is just around the corner, and the game’s developers, Respawn Entertainment, are slowly releasing exciting details about the new content and everything else we can expect in the mobile version of the popular battle royale. If you are eager to try out the new Legend on a new map while grinding the new battle pass, here’s when is Apex Legends Mobile Season 2 coming out. 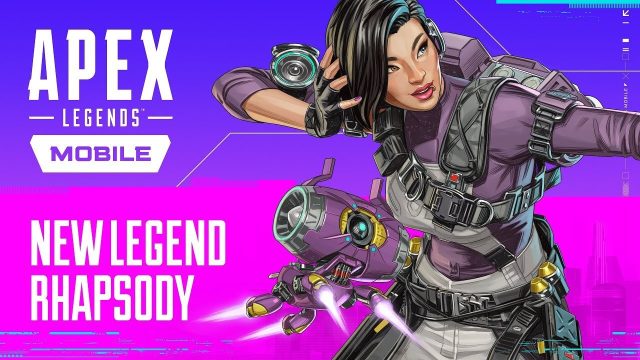 Respawn has just revealed the second season of Apex Legends Mobile, called Distortion. In the reveal trailer, we’ve learned about some of the new content slated for release in the Season 2 update. But more importantly, we’ve learned when will the action kick off. Apex Legends Mobile: Distortion launches on Tuesday, July 12th. At the time of writing, we don’t have an official start time yet. However, Respawn usually likes to drop updates for Apex (both versions) at around 7 pm CEST / 6 pm BST / 1 pm EST / 10 am PST. Thus, this is the most likely time when could we expect the patch to drop on Tuesday.

What is New in Apex Mobile Season 2?

The full patch notes for Apex Legends Mobile: Distortion will drop a day prior to the launch, on Monday, July 11th. However, the launch trailer has already revealed the two main stars of the new update. Apex Mobile Season 2 will enrich the game with a brand new Legend, called Rhapsody, and a new map for the battle royale, called Pythas Block 0. Rhapsody is described as a “rhythm-loving DJ” and she’s accompanied by a small Bluetooth speaker companion called “Rowdy”. Naturally, Lucio from Overwatch is the first association when it comes to DJ characters in shooter games.

The new map is a neon-drenched cyberpunk-inspired city of Kómma. We don’t have many details yet about the map, but aesthetically it looks very appealing and different compared to what we used to in the PC version of the game. Also, this is the first-ever night map in any Apex game, and we can’t wait to see how will that turn out in terms of gameplay!