Underboss Loyalty status is the final stage of a relationship with a lieutenant in Mafia 3. It can be achieved later on in the game, and it will reveal personal details from the life of said underboss. If you do it with one of them, you’ll unlock the Trust achievement. Once you’ve done it with all three, you’ll earn the Family trophy. It’s not hard to do, but the game doesn’t explain the requirements at all. In this guide, we’re going to show you how to reach loyalty status with an underboss in Mafia 3. 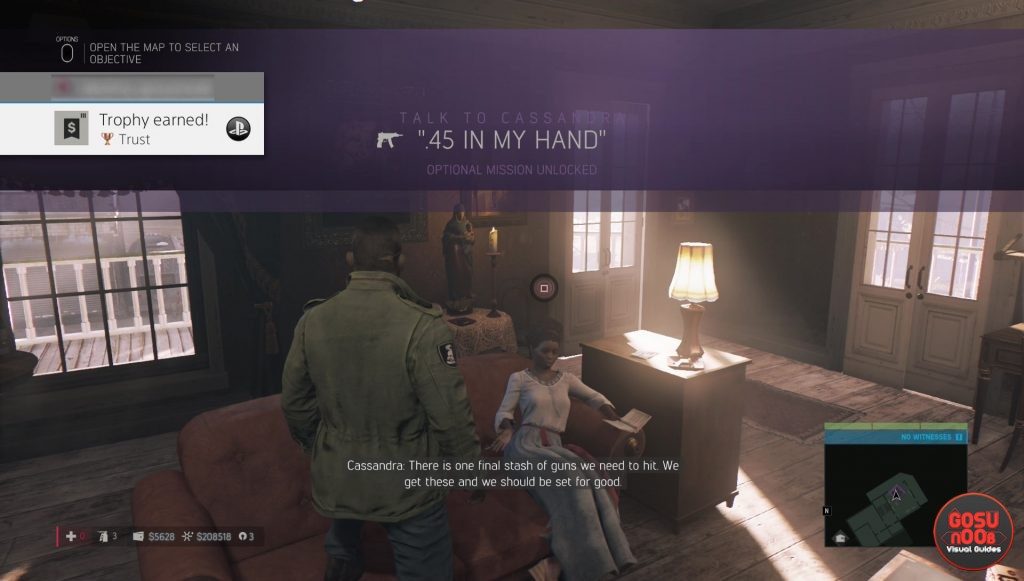 How to reach Loyalty status

In order to reach Loyalty status with any of your lieutenants, you’ll have to assign them a sufficient number of districts first. The minimum is three. If you want to advance all three relationships to this level, you won’t be able to give them more than three districts each.

After that, you’ll have to complete part of their side quest. Finishing the fourth step unlocked the achievement for us. The fifth wasn’t neccessary, but it gave us another piece of the story. The racket-building side missions aren’t required for this, so you can skip them if you don’t need the money.

In short, if you want to achieve Loyalty with an underboss, you’ve got to:This will reveal more about their histories and personal lives. All three stories are tragic in their own way and they’ll explain a lot about the characters’ motivations. As far as we’ve been able to see, Loyalty status won’t benefit you mechanically in any way – it doesn’t unlock any additional perks or bonuses. It probably does affect the ending in some way, though. We’re not sure about that yet, but we’ll update the guide when we know more.

NEXT POSTSecrets & Easter Eggs in Mafia 3