Mafia 3 preorder bonus includes the Family Kick-Back pack. It’s a modest offering – three exclusive weapons and three cars. Everyone who bought the game before release got them, but some players are having trouble accessing the pack and getting their goodies. In this guide, we’re going to show you how to unlock Mafia 3 preorder bonus, how to get the exclusive cars and guns in the game.

How to get preorder weapons & vehicles in Mafia 3

Once that is done, start up the game. The earliest you can get all of the packs is when you’ve gathere all the underbosses around you – Vito, Burke and Cassandra. Even though two of them are in charge of delivering weapons and vehicles, you’ll need all three, as the pack represents their gifts to you – a gun and a car each.

If you want any of the cars, you’ll simply have to call in for vehicle delivery and choose one of the following:Likewise, if you want the fancy weapons, you should call the arms dealer. Keep in mind that each weapon is in its respective category. They are: 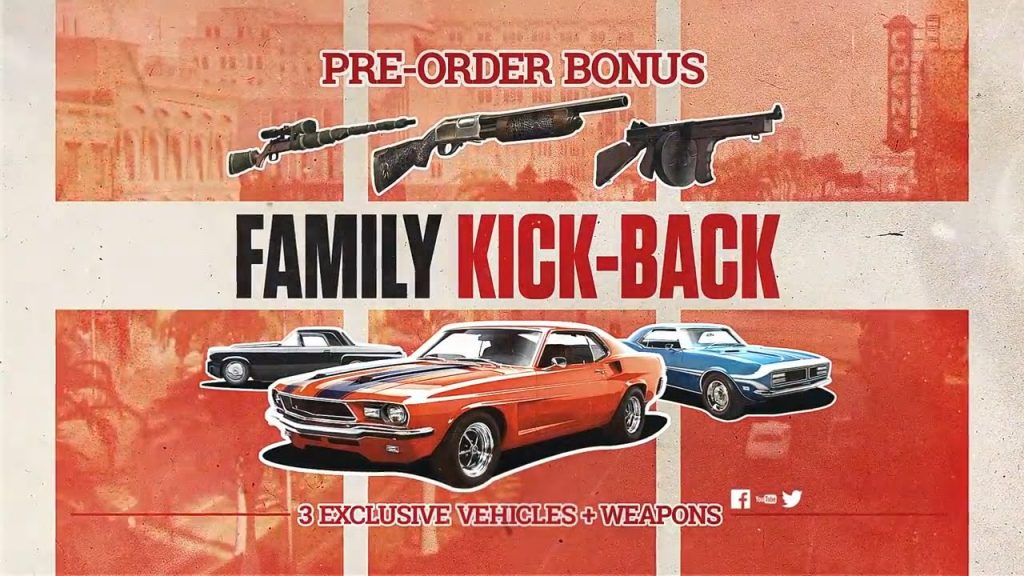 You won’t have to pay to unlock them or anything – they’ll be available as soon as all three underbosses are on your side. Only those who’ve preordered can get them at this point, but they’ll probably become available as a paid DLC at some point in the future.

PREVIOUS POSTGone With The Windflare Achievement Guide | Gears of War 4

NEXT POSTHow to collect money from rackets in Mafia 3