Into The Fire is one of the daily challenges in Marvel’s Avengers. It’s a challenge you can complete with Ms Marvel, and it requires you to start a combo with a sprint attack. If you get it early on in the game, it might confuse you, or make you think a sprint attack is something you don’t know how to perform but should. If that’s the case, this guide will show you how to complete Marvel’s Avengers Into The Fire daily challenge.

In order to complete the challenge, you’ll have to start a combo with a sprint attack fifteen times. You’ll get three challenge points as a reward. You might think the sprint attack is something the tutorial showed you how to perform while you weren’t paying attention, but that’s not true. 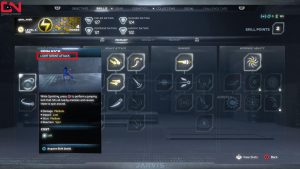 Once you have the necessary skill, run into an enemy, perform the sprint attack you have, then complete the combo. This is important – it won’t count unless you complete the combo, which means stringing together three light or heavy attacks. Perform this fourteen times more and you’ll complete the Into The Fire daily challenge.

There are dozens of different daily challenges, and most of them are pretty easy. However, there are quite a few confusing ones, ones where you won’t be one hundred percent certain how to do whatever it is they’re asking you. We’re going to keep playing, and we’ll write about all the ones we find difficult for any reason, so check back often.

NEXT POSTMarvel’s Avengers Locking On to Enemies