Snowy Tundra Vault is a secret mission in Marvel’s Avengers. After you’ve unlocked it by finding a vault key, you’ll go into the area and start looking for a Shield bunker. Once inside, you’ll have to battle waves of enemies while you activate terminals by standing on pressure plates in the correct order. Some of these pressure plates are well hidden, and can be especially hard to spot while you’re under heavy enemy fire – which you will be. If you’re having trouble finding them, this guide will show you Avengers Snowy Tundra Vault pressure plate locations.

You’ll be on a timer constantly, so you have to move fast. From time to time, a hacker will appear and start working on a console. If you don’t kill him before the time runs out, he’ll restart the sequence. The instructions are pretty clear, so just follow them and you’ll be fine.

The third terminal is in the farther room to the right of the vault, and the fourth one is in the closer one on the same side.

The fifth pressure plate is the hardest to find. It’s hiding in plain sight, but it’s in a place that’s always overrun by enemies so you’re bound to miss it. It’s in the room with the vault door, by the left wall, hidden behind the elevator shaft. 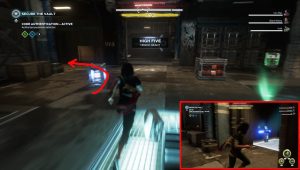 You’ll have to complete several different sequences, each one longer than the previous. Luckily, the length of the sequence doesn’t affect difficulty – once you know where the pressure plates are, it’s a cakewalk.