While superhero comics, movies, and TV shows are best known for their action, character relationships are also a large part of why we love superheroes. The sense of camaraderie and the funny quips and heartwarming banter makes them much more relatable. As such, it’s no wonder that Marvel’s Midnight Suns also has relationship-building in the form of Friendship. There are several ways to build up Friendship with characters. For the purposes of this Midnight Suns guide, we’re going to focus on the Hangout system. 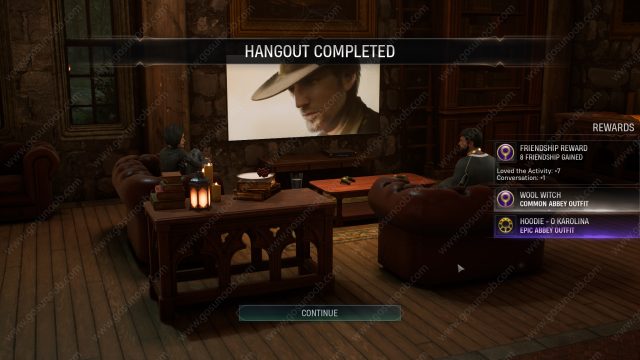 As previously mentioned, Hangouts are but one way to increase Friendship with characters. The other methods include giving gifts, and inviting characters to Havens. Hangouts work similarly. So, each night you will get to choose one out of four characters you want to Hangout with. Then, you’ll select one of three activities for you two to enjoy.

Selecting the right spot and activity is really important here. You need to take the personality and preferences of the character that you are going to Hangout with. This is because each Hangout has three possible outcomes: Dislike, Like, and Love. If the character dislikes the chosen activity, you won’t get any Friendship points with them. If they like it, you will earn +5 points, and if they love it, you’ll get +7. You also have a chance to earn an additional +2 points if you give an answer that they respond favorably to during the Hangout.

Here’s the list of the best Hangouts for each Midnight Suns character. Picking any of these will result in you getting +7 with that character: