November 7th is known as the N7 day in the Mass Effect community. It’s like a small holiday for dedicated fans around the world.N7 Day consists of different fan activities, and it started a few years back. EA’s official UK Twitter account was very active today, with different teaser videos about space exploration and the Mass Effect universe. 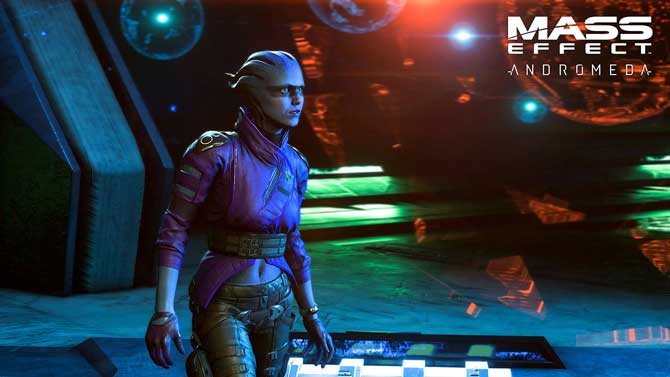 Players will explore the Andromeda galaxy in search of a new home. We will have a chance to set foot on new and undiscovered planets as we find new species, technology and powers. We can expect new biotic powers as well as some brand new weapons. Boost jumps will also be available for much easier traversal of different planets.

Mako, the six-wheeled buggy-type vehicle from previous games, will be making a return. It will probably have the same purpose: transportation, gathering resources and combat.

Mass Effect Andromeda will feature two editions. The first one is the Standard Edition that will cost you 60 dollars, and there is also the Deluxe Edition for 70 dollars. We dont know yet what is the difference between these two, but it could be some exclusive armor set or weapon skins.

Hopefully Mass Effect Andromeda will repeat the success of the previous Mass Effect games. Unfortunately, Commander Shepard’s saga is over, so we will not be playing as him in Andromeda. Who knows, maybe we will see the return of some old memorable characters from past games. The exact release date is still unknown, but we can expect it in the early days of 2017.

Let us know in the comment section whether you are excited about Mass Effect Andromeda’s release, and if you think is it a good move to remove Commander Shepard from the story and start with a new character.

PREVIOUS POSTHow to level up in FFXV