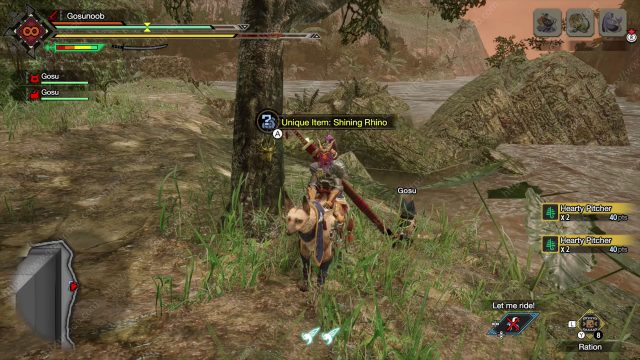 King Rhino is found inside Shining Rhino nodes in Flooded Forest map of Monster Hunter Rise. To see locations of all Shining Rhino nodes you need to have fully uncovered Flooded Forest and then go into detailed map view. Select the Special Items icon list selection and on the second screen you’ll find the blue Shining Rhino icon. There’s two King Rhino nodes on and around the pyramid in the southeast. One is on the very top of the pyramid and the other is on the tree behind the pyramid. More can be found in the north of the map around areas 7, 10 and 11. One Monster Hunter Rise King Rhino account item is on top of the hill near the camp in sector 11. Other is north of there. Go above the waterfall that forms the lake near area 7. Lastly, visit the small pyramid on top of a hill north of number 10 on the map. Look for shining gold bug on the side of columns. In case you haven’t fully discovered Flooded Plains here’s a map with all node locations 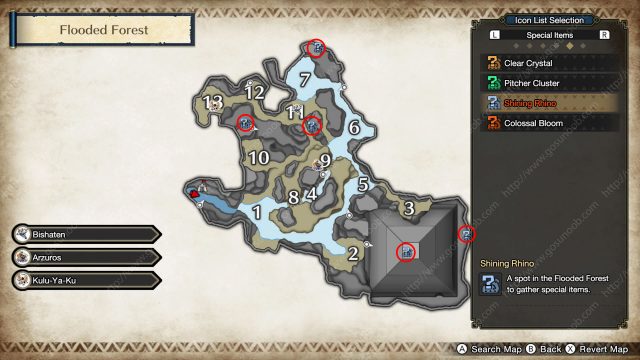 Rock Roses are found on Sandy plains inside Desert Rose nodes. These are located under special items when in detailed map view. Bismuth Prism can be found on Lava Caverns map. They are inside Iridescent Ore gathering points that are found on both levels of this map. Check out the maps showing locations of both and prepare to do some gathering runs because unlocking that extra submarine is real handy. King Rhino Monster Hunter Rise account item can be gathered either before these two or after. 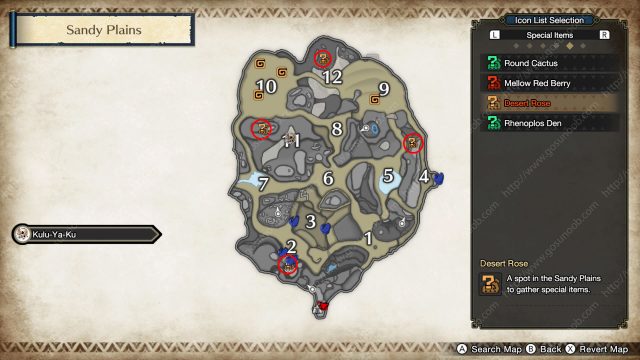 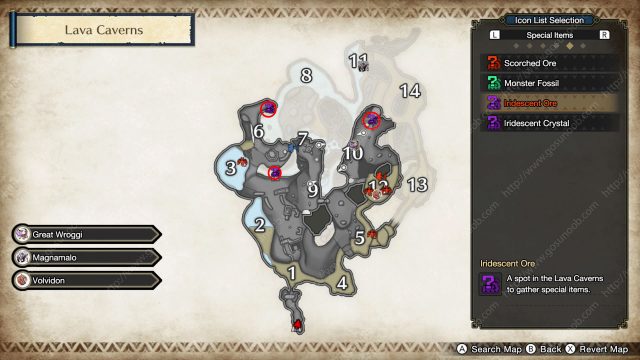 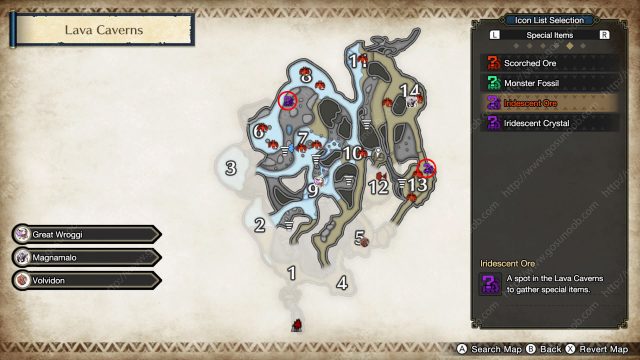 To be able to go on the Economic Stimulation quest you will need to first reach high rank. This can be done in two ways. You can reach 6 star village quests and after completing 3 special test quests you will unlock high rank. This is for when you like doing village first or playing solo. Otherwise, you need to reach 3 star hub quests and then do the four star urgent quest. Afterwards, you’ll be able to get the Economic Simulation request and start gathering King Rhino, Rock Roses and Bismuth Prism.