On paper, Paradise Lost has it all – Nazis, a post-apocalyptic setting, an underground colony with a terrible secret, Slavic paganism, and several interwoven mysteries. In practice, all of that means squat as the “game”, and I’m using that term pretty generously here, is conceptually flatter than a laser-thinned pancake.

Are they making pancakes using lasers now? I don’t know, probably not. But “they” keep putting the “game” label on interactive experiences devoid of almost any gaming attributes. There is more of a game in the Microsoft Encarta 2004 encyclopedia than in Paradise Lost, and I’m not exaggerating much here. 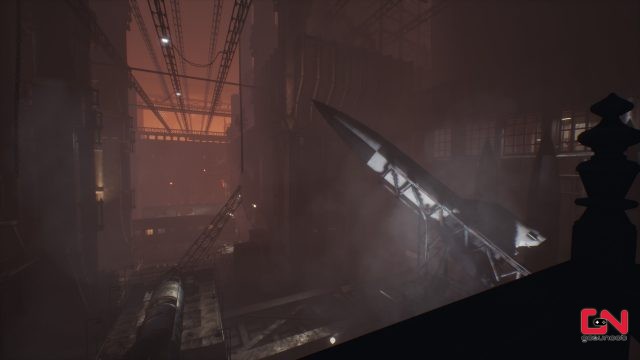 Why is paradise lost? Probably because World War II took a different turn when the USA decided to stay out of it. Germany and its allies were losing anyway, but they resisted the Soviets until 1949, enough to set in motion an ambitious plan for the preservation of ze Reich. They managed to make enough nuclear bombs to make parts of Europe uninhabitable, preventing the Red Army from figuring out part two of their cunning plan. Hitler and friends engineered and built Gesselschaft, a massive and secret underground colony similar to Bioshock’s Rapture, destined to become Noah’s arc for the top Nazis, the creme of SS, and promising Aryans. They would breed, build wunderwaffe in secret, and eventually emerge to finally establish the thousand-year Reich. Except they weren’t. 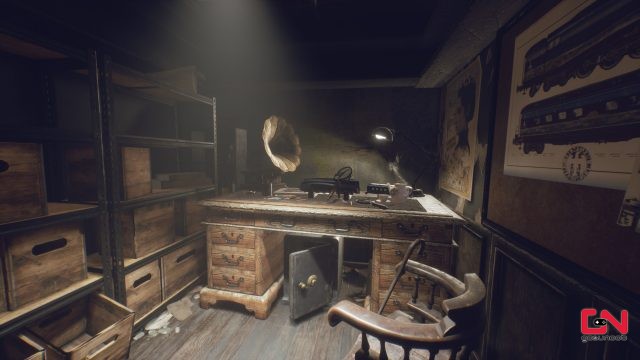 It’s 1980 now, and young Szymon said the last goodbye to his recently deceased mother. They lived in their own little hideout, seemingly unaffected by the radiation, in solitude and isolation. Now completely alone, Szymon decided to follow up on the only lead he has – a picture of a man who he believes was his father. The trail led him to the Gesselschaft entrance.

What follows is three to three and a half hours of very slow walking and soaking up the abandoned colony’s atmosphere. Gesselshaft looks like a cross between Mittelwerk/Dora underground V-2 factory and Brandenburg palace, with everything else in between, but it seems deserted. Where is everyone? You will find out about that gradually if you decide to stick with the game that long. 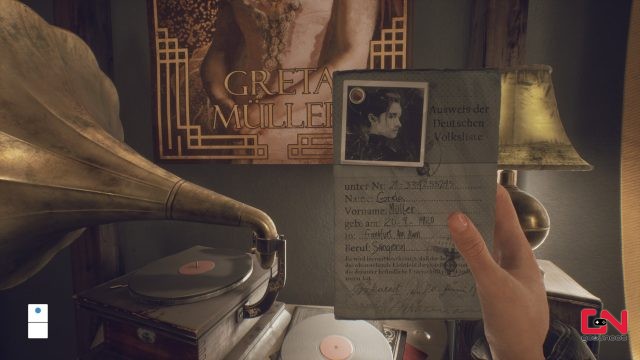 I’m sure someone will extract great value from sniffing around nazi memorabilia, reading the occasional document, and admiring the wonders of German engineering, but for me, it lacked any meaning apart from “joy” of experiencing the aesthetics of stripped neoclassicism and learning the narrative. There is no danger of any kind. You can’t get lost as the path is mostly linear, and free exploration venues are practically not existent. The only real interactivity comes with the help of Ewa, a young female you talk to via the radio, which leads you deeper and deeper into the bunker, imploring you to help her. She is the central mystery here, but the nature of it will be pretty obvious almost immediately. That is if you do not skip reading the documents and listening to the audio logs.

Paradise Lost tries to establish itself as a profound, generation-spanning interactive tale of hope, despair, and wrong choices during the hard times, but much of that potential is squandered in the overarching naivete of everything. The game tries to tackle too many things at once: eugenics, neural research, bio-computers, AI, superstition, fatherly love, betrayal, clueless nazis, even more clueless polish resistance fighters, Slavic folklore, and everything else, as if dozen competing writers tried to squeeze fragments of their favorite fiction. Three or so hours of slow walking and soaking up all that is frankly tiresome. 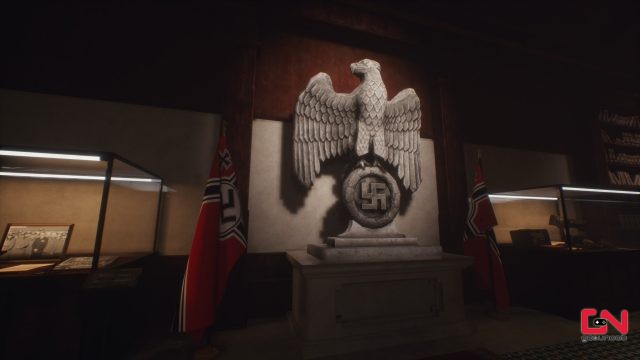 Why? Because nothing here is plausible, and the big problem with Paradise Lost is that its story is full of battleship-sized holes. How was Szymon managed to survive on the surface if it was deadly irradiated? If it is not irradiated, why has life not returned in Poland? The nazi nuclear destruction was a localized one, not the global atomic apocalypse, surely there would be some sort of reclamation effort sponsored by the UN or some kind of European Commission (or even the USSR), whole three decades after the war. And those were WWII nukes with limited destructive potential – Hiroshima and Nagasaki were never wholly abandoned after American nukes, why is the Polish countryside still barren, snowy wasteland in 1980? There a few even more significant logical inconsistencies, but they are mostly related to the spoilers, so I’ll refrain from discussing it there. 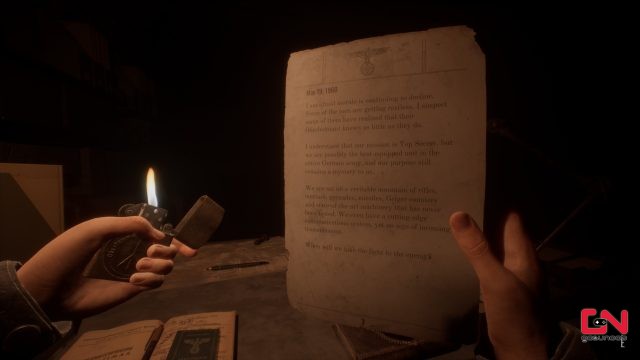 Also, it seems that most of the budget for this title went into spectacular graphics, so the voice acting was funded with peanuts and wishful thinking. The supporting cast, i.e., voices you’d heard from the audio logs, are somewhat adequate, but the protagonist is sheepishly dull and flat. An actor that played Szymon had managed to sound even more lifeless than Hayden Christiansen in Star Wars ep. II and III, a feat previously thought impossible.

Paradise Lost has two saving graces – meager price and spectacular visuals. The design of the Gesselshaft is awe-inspiring, albeit far too complex, vast, and occasionally glitzy to be truly believable. Bioshock had managed to convince us that Rapture was real, but it did so with the combined magic of world-building narrative, perfect action, and excellent storytelling. Paradise Lost has none of that, unfortunately, so the flaws in the illusion are more apparent. 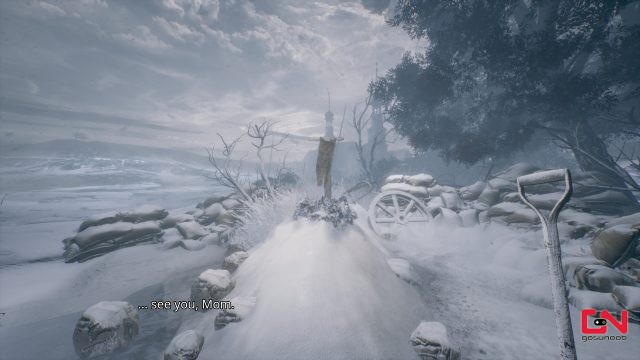 Walking Simulators are judged the same way as poetry – if they are not flawlessly written like Firewatch, Stanley Parable, or Gone Home, they are seldom worth experiencing. Paradise Lost simply doesn’t stand a chance here.