NBA 2K17 Substitutions don’t work like they did in the previous game. There’s a new substitution system which you’ll have to learn if you want to sub players on the fly.
▼Article Continues Below▼
It’s a bit more confusing than it should be, but it still does its job. This guide will show you how to make substitutions in NBA 2K17, before or during the game. 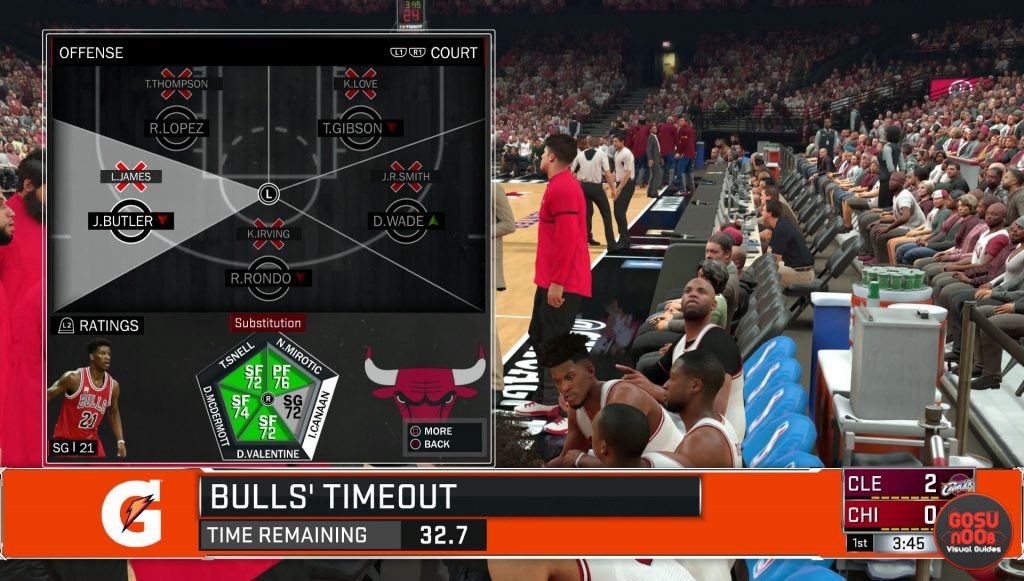 If you’re in the game already and want to sub players quickly, here’s what you need to do:The change won’t happen after this timeout is finished. It will only be applied after the next pause in the game. This is hopefully a bug – if not, it’s quite a strange design decision that is going to annoy many players. We’ll just have to wait and see.

If you’re not in the middle of the match, you can go to the menu and choose Gameplan, then Substitutions. It will show you a list of all the players on your team. If you select one from the starting five, then another from the bench, they’ll trade places.

PREVIOUS POSTHow to Get A+ in Every NBA 2K17 Game

NEXT POSTHow to Make Custom Jerseys & Arenas in NBA 2K17