2K Games have decided to help their players stay fit and healthy, by giving them in-game bonuses as rewards for physical activity. It will be done in collaboration with Fitbit, so you’ll have to own one of their wearable thingamajigs if you want to get the buffs. Nobody said staying fit would be cheap. 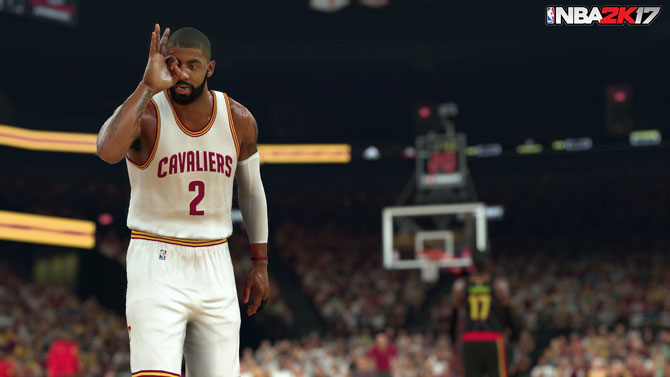 After you connect your Fitbit with the game and your console (no mention of PC support for now, but that isn’t really unexpected at this point), it will start counting towards the total. You’ll need 10 thousand steps each day to unlock temporary +5 attribute boosts for your MyPlayer. The bonus lasts for five games and has to be used up during that day. When tomorrow comes, the clock will reset, and you’ll start working towards the bonuses once again.

Here’s what Harrison Barnes, actual Dallas Maverick and Fitbit ambassador, had to say about the whole thing:

It’s exciting to see Fitbit and 2K working together to reward gamers like me in a unique way. It’s an extra incentive to get my target steps per day because not only am I getting a physical edge, but a gaming edge, too in NBA 2K17. Now my friends and family will have to step up their game to keep up with me.

It’s a nice enough idea – anything that might help people not stay glued to the screen for too long is. But there’s a question how much of a market there is for something like this. The +5 bonus isn’t really substantial, and it disappears completely after five games. The big question is whether people who don’t want to exercise will agree to do it for such a meagre bribe. On top of that, you have to own one of the products from Fitbit in order for it to work, as well as a Playstation 4 or Xbox One.