NBA 2K17 Locker Codes are codes that can be used in the game to give you rewards. You can use each only once, and it will unlock a new player, a piece of equipement, some new customization option or another reward. They are handed out by the developers via social channels like Twitter and Facebook. In this guide, we’re going to show you a list of locker codes for NBA 2K17, what they unlock. 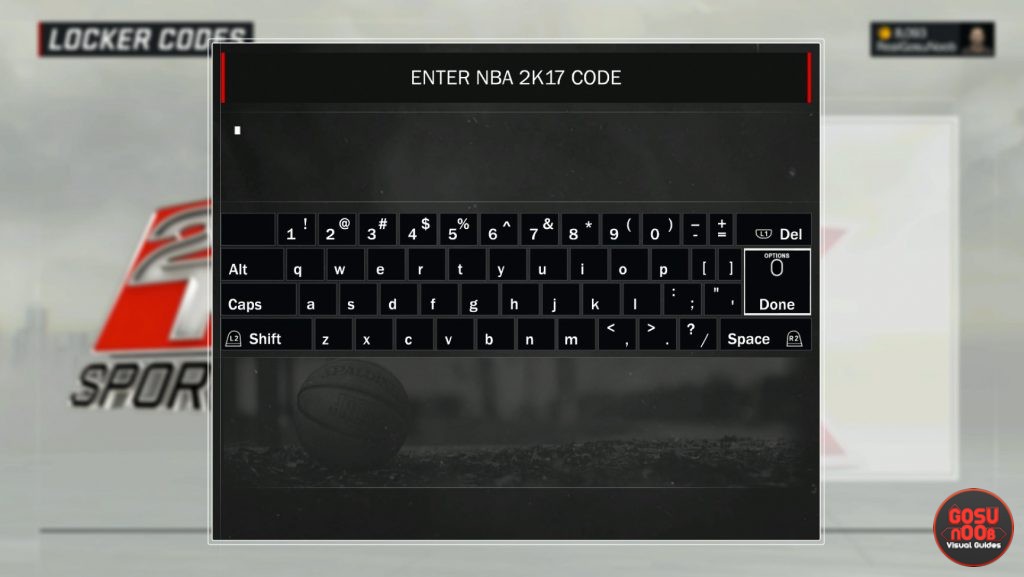 When you have take the code, simply navigate the game’s menu until you see an option called Use Locker Code, or something similar. Enter the code and let the machine do its thing. Keep in mind, you’ll have to have internet access in order to use the codes.

Locker codes are a great way to get additional customization options for your MyPlayer without having to spend Virtual Currency. New accessories and tattoos can be pretty expensive, so it’s good to have an alternative way of getting them. The best part is, you can expect new codes at random intervals at least until the next game in the series is released.

A lot of players are reporting that their Locker Codes are not working, and they are getting error wc-40371-5. If you are one of the unlucky ones having this issue, you should check out if your game is fully installed. One of the reason for this error might be a fact that the game officially launches on September 20th.

How do you redeem / enter locker codes?

In order to redeem your Locker Codes you’ll need to have a full copy of NBA 2K17 installed on your console or PC. From the main menu, select Features/Options then select Locker Codes. Enter the Locker Code that you received, using the virtual keyboard.

According to official 2K Support website if you buy NBA 2K17 and two bags of Ruffles chips at Walmart between September 10 and October 2, you’ll get 5,000 VC and two Jump Packs of Park Cards. This promotion is limited to ten submissions per customer and ends on November 15, 2016 at 11:59 PM. You’ll have to submit proof of purchase that all items were bought at Walmart, with the date. All of these items don’t need to be on the same receipt. Your photo needs to include all the necessary information in a single image. Once you’ve got taken the photo, email it to RufflesNBA2K17@2k.com.