If you’ve received 20+ free battle pass tiers at the start of the Warriors Collection Event in Apex Legends, you are far from being the only one. This unexpected but pleasant surprise has welcomed a number of players. But is this a glitch or some kind of unannounced reward? Will you get to keep these 20 free battle pass levels, or Respawn will “fix” this bug? Here’s what we know about it. 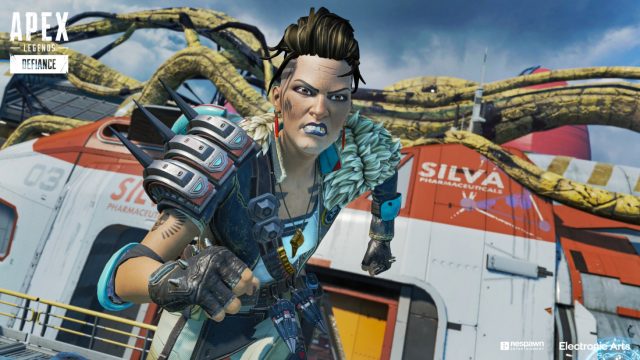 Does Apex Legends next-gen update have something to do with these free battle pass levels?

The Apex Legends Warriors Collection event has just kicked off on Tuesday, 29th March. Alongside the return of the Control mode, and the new Drop-Off map, the new update also comes with the long-awaited next-gen update. Players on PS5 and Xbox Series X/S will finally have a chance to enjoy the benefits of their modern hardware.

But, there was another, seemingly hidden bonus in this update. Many Apex Legends players on Reddit are currently reporting that they have received extra twenty-something battle pass tiers. If you are among them, no, no one hacked your account, don’t worry. At the moment, it is not yet clear if this is a part of some unannounced reward or are these twenty battle pass tiers just a bug. What is sure is that only those players who have bought the premium Battle Pass are receiving these extra levels.

The official EA support page has been contacted about this and they say that it is “likely part of the reward”. Players who purchase the Battle Pass Bundle receive the first 25 levels instantly unlocked. But according to reports from players on Reddit, that’s not what’s going on here. Players are receiving extra levels at various stages of their battle pass. Also, it seems that the number is not equal for everyone. Rather, it varies around twenty, more for some players, less for others.

Quite a peculiar bug, undoubtedly one which players would like to remain unfixed. For now, that’s all we know about these free battle pass levels during the Apex Legends Warriors Collection event. We will update the article as soon as we have more details.