The end of 2019 is just behind the corner so Steam released its annual Best of Steam charts. There are five categories here: Top Sellers, Top New Releases, Top Selling VR Games, Top Early Access Graduates, and Most Simultaneous Players. The service doesn’t provide any numbers though. It just groups games in four tiers: Platinum, Gold, Silver, and Bronze. The three prestigious charts are of course those that include top-selling, best new games (released in 2019), and most played titles. And three titles stick out in all three categories. 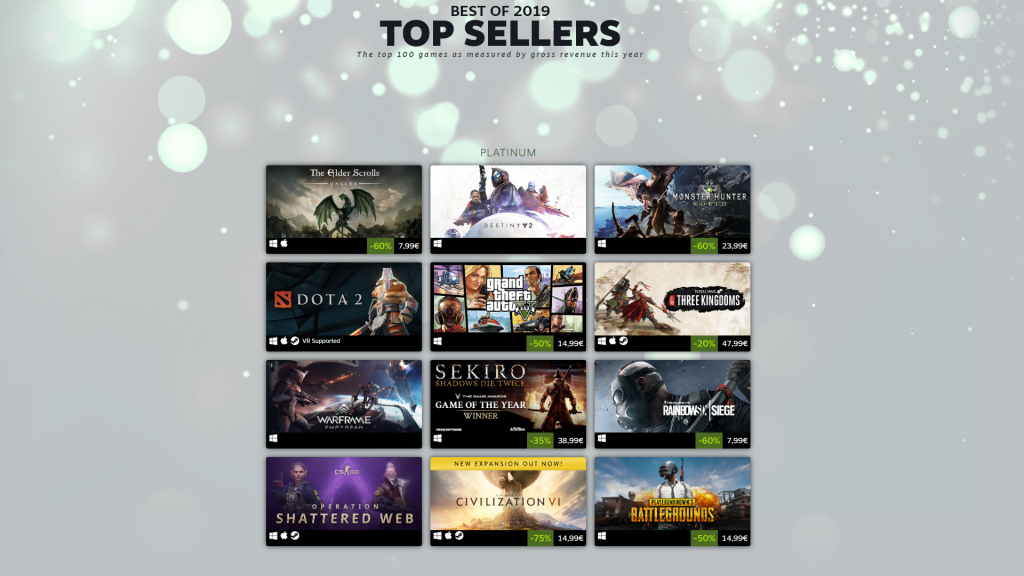 Sekiro: Shadows Die Twice is the one we expected to see in Platinum tiers of each category. It’s Game of the Year material and the charts show that the game’s also financially successful. Destiny 2 also topped all three charts. Being one of the most played games isn’t surprising. The free New Light version was sure to attract lots of gamers. The game’s also one of the best-selling new releases. This is a bit surprising since it debuted on Steam in October. But one of the top places among bestsellers is a respectful achievement for Destiny 2. Offering the base game for free was a sound move by Bungie. 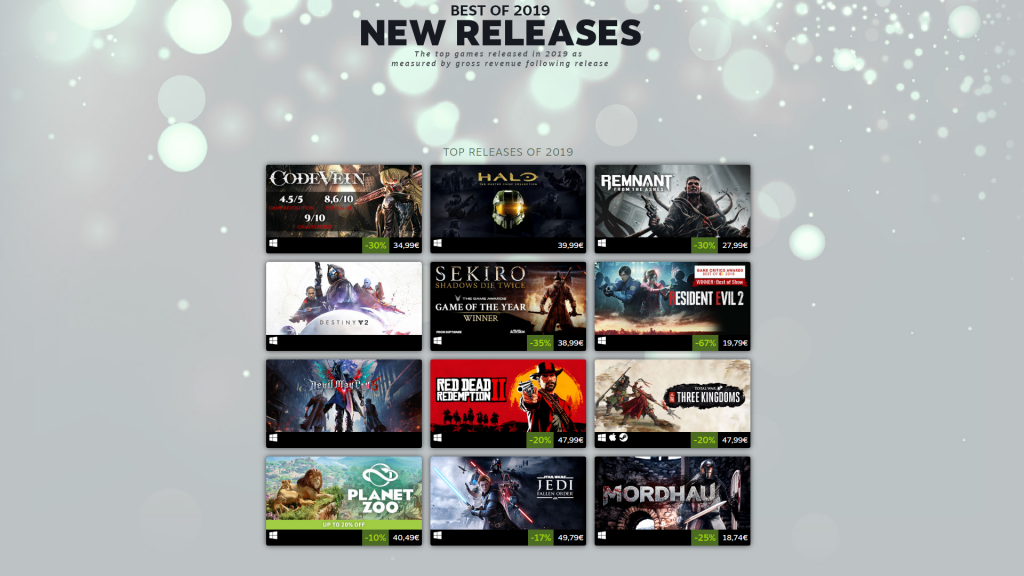 Beat Saber is one of the top-selling VR games and also one of the best-selling Early Access titles. Great news for VR gaming, having a VR exclusive among best sellers, if only on Early Access chart. Other winners of 2019 include titles such as Monster Hunter World, PUBG, Warframe, Dota 2, Path of Exile, Resident Evil 2 Remake, and Jedi Fallen Order.