Yakuza: Like a Dragon is the next game in the cult Yakuza franchise. It’s the first without Kazuma Kiryu as the main protagonist, but a different main character isn’t the only major change in the game. Instead of fast-paced brawler combat Yakuza: Like a Dragon features turn-based battles. And that was one of the main points of worry among fans. But the latest trailer for the game puts all those worries to rest because combat shown there looks fantastic. It seems that Kasuga – the main character in the game – will always have companions beside him. They aren’t visible while exploring but once you enter combat or partake in side activities your buddies are alongside you. And they really kick ass during fights. 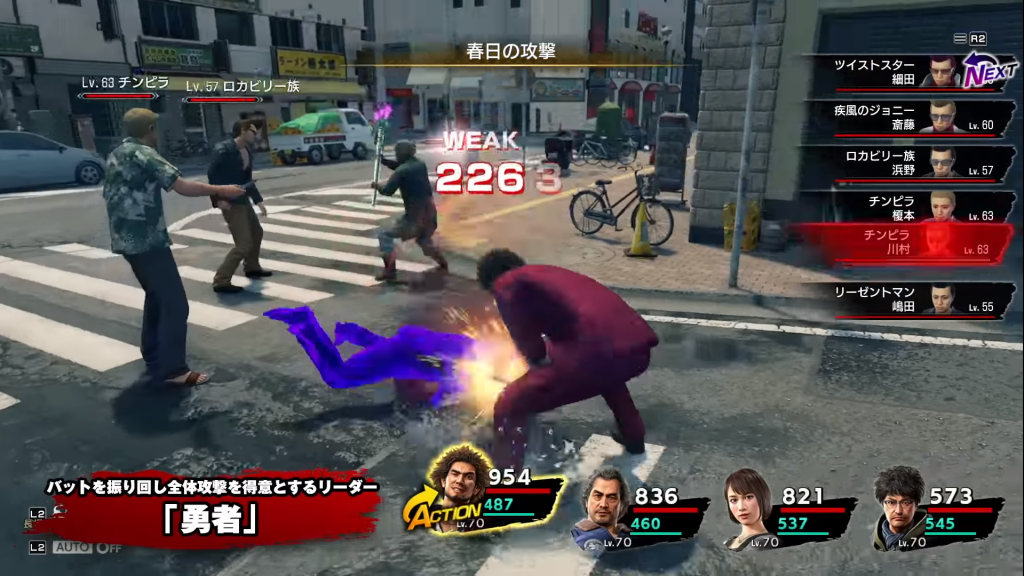 Yakuza: Like a Dragon Features Over the Top Fights and Side Activities Galore

Combat is filled with over the top moves. You have wrestling drops and powerbombs; sending killer ravens at enemies; kicking their asses with purses; hitting thugs with CDs and much more. Each punch, kick, and special move is accompanied by crazy visual effects with every fight looking like New Year’s fireworks. It also looks like weapons play a much larger role this time around. Since the combat is turn-based, having weapons that add bonus attack damage is much more important than before.

Aside from insane combat moves, we’re also shown a large number of side activities. Each Yakuza game is known for those and Yakuza: Like a Dragon is no different. You can ride go-karts, visit hostess bars, play darts, gamble, take exams, or visit karaoke bars. The game also features different jobs, and each one gives players unique bonuses in combat and during other activities.

There are also all kinds of bizarre side quests, another signature feature of Yakuza games. The game takes place in Tokyo, Osaka, and Yokohama. Yakuza: Like a Dragon comes out on January 16, 2020, in Japan and we can’t wait to hear the release date of the western version of the game.

NEXT POSTBest of Steam 2019 Charts Are Dominated by Sekiro, Destiny 2