Fallout 4 came out in 2015 but the game is still a blast to play. That is, it’s still a blast to play if you like playing the game with mods. Fallout 4 mod community turned this (slightly) disappointing Fallout title into an awesome post-apocalyptic sandbox game. You can install one of the countless graphical mods; have full dialogue; create amazing settlements with the Homemaker mod; Turn settlers into builders with the Sim Settlements Mod; have much better map; play as Ellie from The Last of Us; or just install the Unofficial Patch that brings tons of bug fixes Bethesda failed to deal with in official patches for the game. Now you can turn the game into a Silent Hill-like nightmare with the Whispering Hills mod. 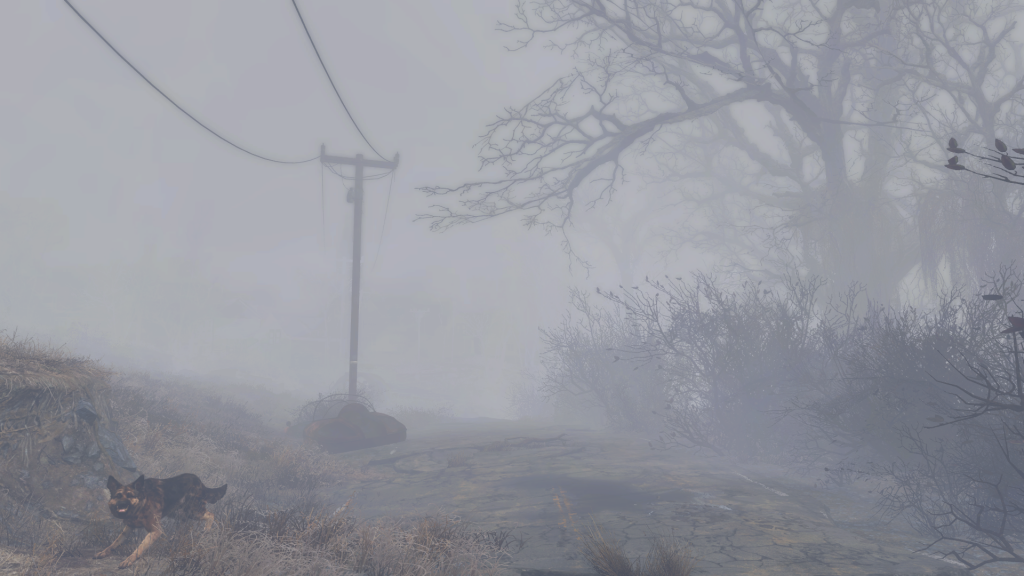 The biggest change Whispering Hills brings to Fallout 4 is turning the Commonwealth Wasteland into a foggy nightmare. Fog is literally all around you, like in the first Silent Hill game on the PS1. There are 10 fog weathers in total, dynamically changing as you explore the wasteland. In other words, you won’t see the sun with this mod installed. The changes aren’t just visual. Along with the thick fog Whispering Hills completely replaces sounds in the game.

Instead of classic Fallout 4 exploration sounds, you have creepy sounds taken from Silent Hill that accompany you while exploring. And from time to time day turns into night. This is when you’ll be dragged to the Otherworld, filled with Ghouls, Silent hill Nurses, Twin head Screamers and the infamous Siren Head. The good thing is that players can craft a Control Holotape at any Chemical Station. There you can setup every aspect of the Otherworld. For instance, if you want to experience just the fog and creepy sounds, there’s the option to set the Otherworld to appear extremely rare; or to set Otherworld monsters to avoid attacking you.

We can say that, in motion, the Otherworld looks quite disturbing. Music and sounds are really overbearing, and enemies are really creepy. In other words, this looks really impressive! You can get Whispering Hills from its ModDB page. The mod is fairly simple to install. It should work without problems with other mods you have. Just make sure to load the mod after weather mods you have installed, and that’s it!

PREVIOUS POSTBest of Steam 2019 Charts Are Dominated by Sekiro, Destiny 2

NEXT POSTTrepang2 Now Has a Demo, We Recommend It to All Fans of F.E.A.R.