If you are wondering if Bloodhunt servers are down, you’ve come to the right place. Vampire: The Masquerade – Bloodhunt has got players’ attention due to its intriguing blend of the battle royale genre with the world of Vampire: The Masquerade. The game sees players battling on the streets of Prague, solo or teaming with other players. Being a battle royale game which can only be played online unfortunately means that sometimes you won’t be able to play the game due to servers issues. Here’s how to check Bloodhunt server status. 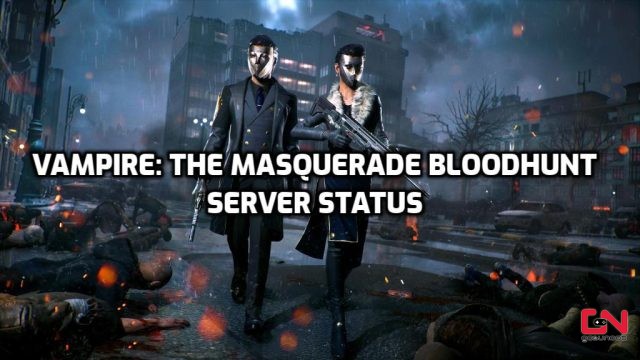 Are Bloodhunt Servers Down?

At the time of writing, the game is not yet officially released. The Bloodhunt servers will go online on April 27th at 10 AM CEST / 9 AM GMT / 4 AM ET / 1 AM PT. However, once the servers are up, they can still go down for various reasons. If there is a big update, that might require a downtime period while it is being deployed. Regular maintenance might also require servers to go offline for a period of time. If there are some game-breaking issues, that may also result in the game being temporarily unviable. Finally, a server outage might be due to the issues with the servers themselves.

How to check Bloodhunt Server Status?

The best way to check the current status of the servers is via the official channels of the game. The official Bloodhunt Twitter is a good place to start. If there are any updates or scheduled maintenance, developers will inform players there in advance. Another good place to check is the official Sharkmob Twitter account. Sharkmob is the game’s developer and is likely to share news about any issues there. Finally, you can always return here if you are not sure what’s going on. We will regularly update the article with new information, both about the server status and the reasons behind a potential outage.