The last proper Crash Bandicoot game came out in 2008. In other words, we haven’t seen a new Crash Bandicoot game for more than a decade. Nsane Trilogy was awesome, but it wasn’t a new title, only a remake of the original PS One trilogy. It seems that the drought will end this or next year because Crash Bandicoot 4 briefly appeared online. Taiwan Ratings Board’s webpage hosted Info regarding the next game for a short time. The leak was deleted in the meantime, but the internet snagged a screenshot of it before it disappeared. 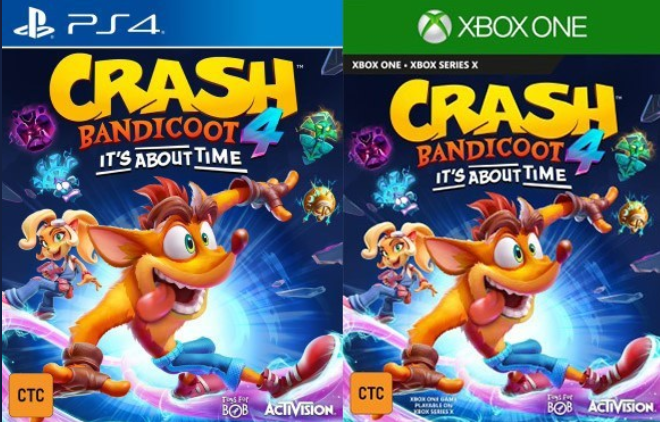 Crash Bandicoot 4: It’s About Time, which is the full name of the sequel, starts back in 1998 but soon makes a u-turn. The famous bandicoot finds a mask in a cave and soon after he and his mask friend embark on a new adventure through time and space. Translation of the now-removed listing reads (via PC Gamer):

Crash is relaxing and exploring his island in his time, 1998, when he finds a mysterious mask hidden away in a cave, Lani-Loli. The mask is one of the Quantum Masks and apparently knows Aku-Aku, Crash’s mask friend! With the Quantum Masks returning and a Quantum Rift appearing near our heroes, they decide to bravely head through to different times and dimensions to stop whoever is responsible.

So, time travel, parallel dimensions, Crash, Aku-Aku, and other mysterious masks, coupled with a fresh coat of paint does sound pretty appealing. Actually, time travel and other dimensions sounds similar to the next Ratchet & Clank game. The game should arrive to the PlayStation 4, Xbox One, and PC. Next-gen consoles aren’t mentioned in the listing but the Xbox One cover lists both Xbox One and Xbox Series X. Above you can see box arts for the console versions of the game. The team behind the game is Toys for Bob. The studio’s known for the excellent Spyro Reignited Trilogy but also for not so great Tony Hawk’s Downhill Jam. Crash Bandicoot 4 release date wasn’t listed but we reckon the game should arrive in the next year or so.

PREVIOUS POSTThe Last of Us 2 ‘The Forward Base’ Artifact, Coins, Workbench locations guide