Dawn of War 3 is getting an interesting new update called Annihilation, featuring new modes, doctrines, maps, free skins and bug fixes. The pinnacle of the update are the two Annihilation modes. They work in custom matches on all maps, including the new one called Mortis Vale.

Players will be happy to know that, with the new Annihilation update’s modes and map, there is an additional bonus. The three new Elite skins make their debut – House Raven Imperial Knight Paladin, Exalted Wraithknight, and the Deathskulls Gorkanaut. To claim and use them, you only need to log in once you download and update the game.

The list below doesn’t include all the bug fixes, which are listed in full on the official patch note page. 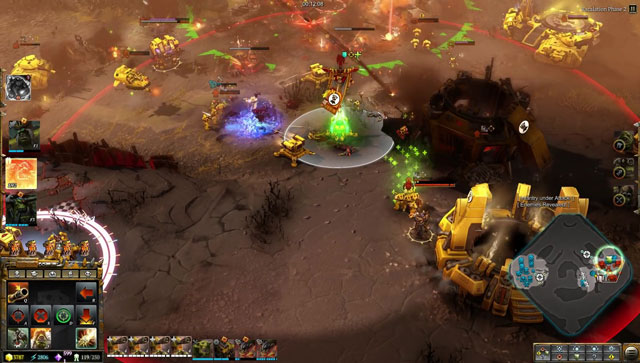 Developer Comments: We did buff the damage on Tactical Marines significantly, which we do feel was warranted. However, the Tireless doctrine acted as a multiplier. It allowed them to cover too much of the map and gave too big of an advantage in early skirmishes. We will continue to monitor this doctrine’s usage rate and cross-reference its impact on games.

This was not the first update for Dawn of War 3 this month. Just at the beginning of June, we had a hefty one introducing major balance changes.