The Days Gone team showed the second demo from the E3 presentation. This one was played behind closed doors, and, until now, you could only have seen parts of it during the PlayStation live broadcast. This specific video was running in the background, with interruptions, and it occasionally took up the full screen.

This trailer includes narration from John Garvin (writer and director) and Sam Witwer (voice of the game’s main protagonist Deacon St. John). They take us from start to finish, showing some new moments and making parallels between this showcase and the one shown on the media stage. If you want to take a look at it, or just as a reminder, follow this link to the PlayStation 4 Days Gone Stage Demo.

The most obvious difference between these two showcases of the same mission is that this one is a lot richer in content. You can see the UI and the new, never before seen gameplay features, like the survival vision.

Some of the other things that were not present in the first stage demo and their influence on the gameplay: 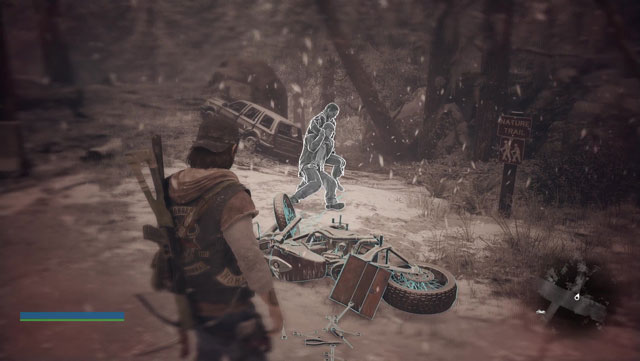 In a way, I really liked the first demo. It was more cinematic, and the player behind it showed us some interesting and cool scenes. Like the one where the swarm catches up with the small Marauder camp, after they shot down the man who was caught in a bear trap. The approach of blowing up the barricade with a remote bomb was also way cooler in the first one.

What the first one lacked, the second delivered. We got to see how the missions develop with the integrated UI, crafting system and improved survival instinct.

PREVIOUS POSTCitadel: Forged With Fire Will Let You Ride a Broom