When does Diablo 3 Season 27 start? Diablo III PTR for the 2.7.4 update is now live, and many fans are already testing the new content set to come in Season 27. As we are inching closer to the new season, Blizzard will slowly reveal more details about balance changes, new features, and other tidbits. However, the big question remains – when will we be able to dive into the new content. Here’s what we know about the Diablo 3 Season 27 release date and Season 26 end date. 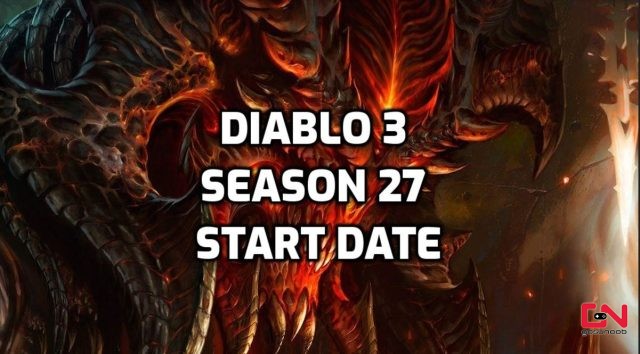 When does Diablo 3 Season 27 start?

The Patch 2.7.4 PTR kicked off on Tuesday, July 12th. Blizzard confirmed that the testing will last only for two weeks, meaning that the PTR will end on Thursday, July 28. But what about the start of the actual new season? If we look back at the last five seasons of Diablo 3, we can see that they lasted on average between 17 and 18 weeks. The longest was Season 24 which lasted for more than 19 weeks, and the shortest was Season 23, with just above 15 weeks of runtime.

With that in mind, we can safely assume that the current season will also last around ~17-18 weeks. Season 26 launched on April 15th, 2022. If the current season is to have a 17-week cycle, that would mean that Season 27 is most likely to kick off on August 12th. Alternatively, August 19th also seems a plausible date for the start of Season 27. That would put Season 26 at the 18-week mark.

We should also take into consideration content from other games Blizzard is planning for August, particularly other Diablo games. Diablo Immortal’s Season 2 Battle Pass is set to end on August 4th, thus Blizzard might want to have some space between the two new seasons in Diablo games, which would put August 19th as a likely date for the release of Season 27.

To conclude, Season 27 is coming this August, and it will start either on August 12th or 19th. However, if you are eager to already test new content, the PTR is live at the time of writing, just download the PTR server via Battle.net and test the new content right now! For more info about Diablo III PTR 2.7.4, check the official blog post.