Not sure how to unlock Destiny 2 Arc 3.0 fragments? Namely, Spark of Amplitude, Spark of Feedback, Spark of Ions and Spark of Brilliance? Destiny 2 Season 18 has arrived, and among an abundance of new content, one of the main new features is the revamp of Arc subclasses with the Arc 3.0 update. The Hunter Arcstrider, Titan Striker, and Warlock Stormcaller now use the Aspects and Fragments system, introduced with Stasis in Beyond Light in 2020, letting players choose two aspects and various fragments to fine-tune their play style. As of now, there are 14 Arc fragments. However, the above-mentioned four seem permanently locked. Can you unlock these missing Arc 3.0 fragments, and if not, when will you be able to do so? Let’s find out. 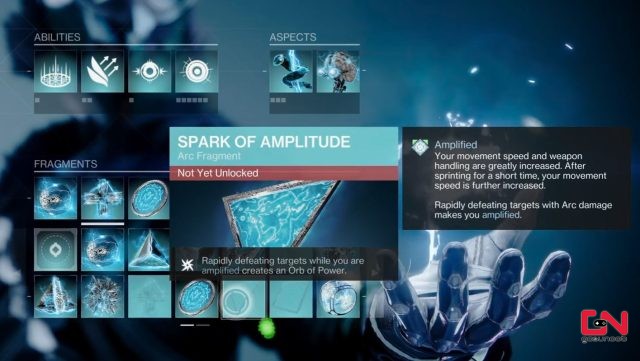 How to Unlock Missing Arc 3.0 Fragments in Destiny 2 Season 18

Like with other 3.0 overhauls, Arc fragments cost a hefty 25,000 Glimmer. Most of them can be unlocked simply by heading to The Tower and paying a visit to Ikora Rey, which can sell them to you. However, Spark of Amplitude, Spark of Feedback, Spark of Ions and Spark of Brilliance seem permanently locked, despite Ikora saying to you that she has all the fragments. When you try to equip them, it simply says “Not yet unlocked”.

So, are these Arc 3.0 missing fragments some kind of bug? How to unlock these four Arc 3.0 fragments? The answer is rather simple – you can’t. And no, it’s not a glitch or some mistake on your side. They are simply not yet available. These four will unlock at some point later this season. According to some players, they will most likely become unlocked following the world’s first King’s Fall raid completion, though this is neither official nor confirmed, just speculation. Our estimation is that they will be unlocked between August 27th and September 1st. So there you have it, that is all you need to know about unlocking Spark of Amplitude, Spark of Feedback, Spark of Ions and Spark of Brilliance Arc 3.0 fragments in Destiny 2 Season 18.

NEXT POSTWhen is Rebirth Coming Back in Warzone Season 5