Dirt 5 is coming out this fall and the game’s career mode has been detailed in the latest blog post by Chris Groves, community manager for Codemasters. Before we share on details, we have to say that it all looks and sounds very similar to Dirt 2. And that’s exactly when the Dirt series hit its apex. After Dirt 2 it all went down downhill. Dirt 4 was pretty good but not near the blockbuster hit from 2009. Okay, let’s talk about Dirt 5 for a bit. 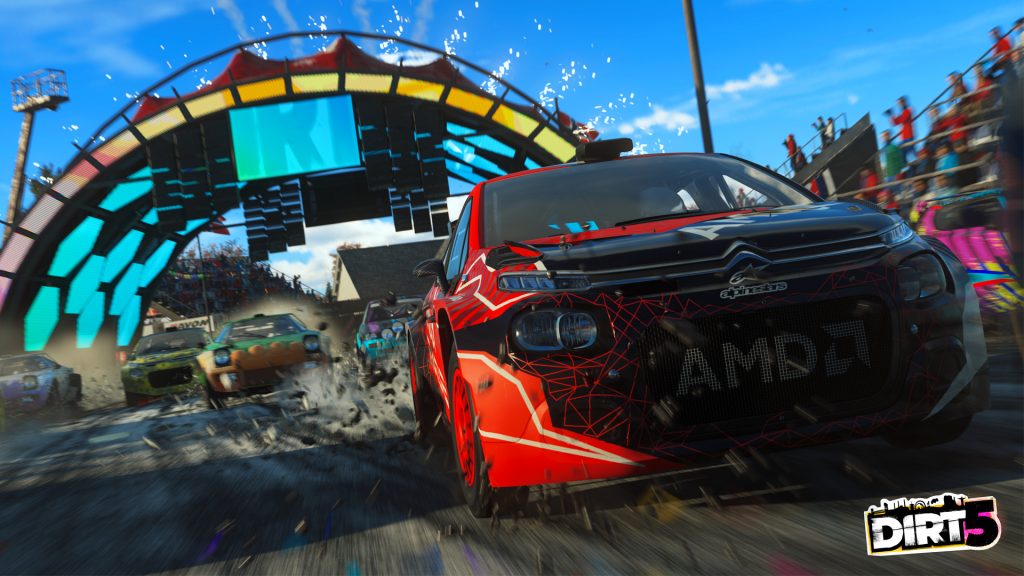 Dirt 5 career begins similarly as in Dirt 2. You’re a newbie who’s noticed by big shots in dirt racing. Instead of Ken Block, your guide in the world of dirt racing will be fictional driver called Alex Janiček, voiced by Troy Baker. We also hope there’s a trailer in the game, all with interactive menus such. Oh, the good old days…

Anyway, AJ is your mentor while Bruno Durand is AJ’s main competitor. Bruno is voiced by Nolan North and instead of these two venturing together on epic adventures as brothers, they will often clash during Dirt 5. And there will be plenty of racing. The game will include five chapters, filled with various races in different disciplines. There are 130 events in total but players will be able to take different paths and to skip certain events.

The game includes nine different event types, along with the main event at the end of each chapter. Dirt 5 will also have secret Throwdowns. These are, again, pretty similar to the one-on-one special events in Dirt 2. Players will also be able to sign for various sponsors, unlock liveries, increase reputation with different sponsors, and more.

One very interesting detail is that Dirt 5 will come with four players split-screen. It will work in career mode and will support seamless drop in and drop out. Codemasters didn’t say whether the PC version will support split-screen feature or not. Anyway, this all sounds pretty promising. Lots of races, a story-driven campaign, and racing across the world. We already know visuals will be top-notch so all we can do now is wait for October and see whether Dirt 5 is a proper spiritual sequel to Dirt 2, the best game in the series.

NEXT POSTDestiny 2 Vault of Glass – Old Raid Making a Return