Elite Dangerous should come to PlayStation next year. David Braben, Founder and CEO of Frontier Developments, made a statement on the PS blog, where he said that he is proud to announce the coming of this 30-year-old franchise on the PlayStation 4. The Elite was first released in 1984 and now, over thirty years later, Elite Dangerous made a huge step forward from that game, but the principles are the same — do what you like and live life in an immense galaxy. 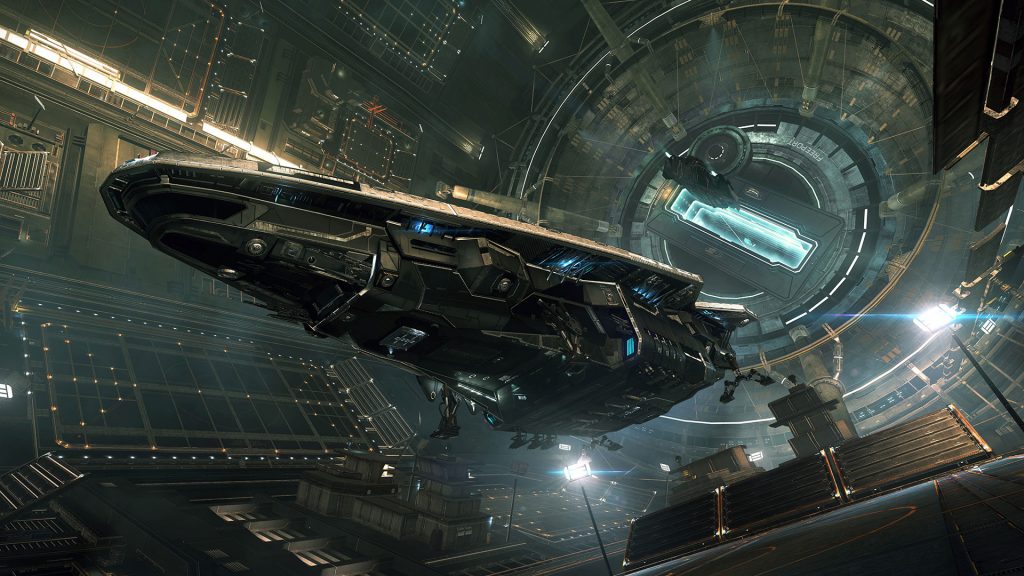 Elite Dangerous became a game that you can play with or against your friends, as you travel the galaxy alone, together in a wing, or even fly aboard the same ship. The full game with everything in Elite Horizons expansions is included, so not only can you fly your ship, but you can carry a Surface Recon Vehicle, and use it on the surfaces of planets and moons at up to 100 mph. You can search for material, attack bases, or seek out hidden places.

When you spend some more time in the game, you can buy one of the larger ships and you might even choose to carry a ship-launched fighter to help you defend yourself. Also, you can employ crew or even allow other players to help you pilot your larger ship. Crafting is also included in the game, as you can craft special weapons with the Engineers and collaborate with the community.

Elite Dangerous does not follow rules of other games. It lets you move as fast or as slowly as you like, in the tempo you are most comfortable with, without telling you what to do or how to do it. It is one of the richest space simulations ever and you play it purely as a sandbox, as you explore and look for many of the game’s mysteries. Make your way to Elite status in Combat, Trade, Exploration, and Close Quarter Combat categories in the game.

Elite Dangerous will be released on PS4 in the second quarter of 2017.

NEXT POSTNaughty Dog teased us with TLOU2 in Septmeber