Naughty Dog celebrated Outbreak Day on the 26th of September, as that was the the day that the Cordyceps virus reached critical mass. In the light of that events, an annual fan celebration was organised, but the developer also decided to offer deals on the game, its DLC, and merchandise. It was also the time for the debut of new collectibles and one thing in particular – the limited edition poster inspired by The Last of Us was shown in public. 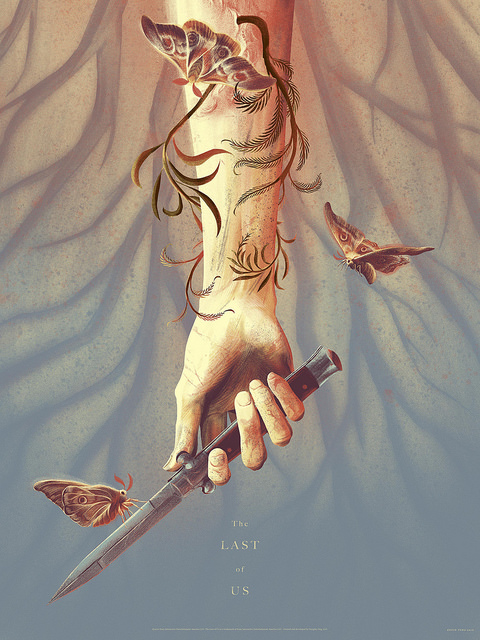 The Last of Us 2 was announced three months ago, but nobody noticed

The poster was for sale in limited quantities. It shows Ellie’s right arm that is covered with a tattoo, which conveniently hides her bite mark. Also, there are motives of butterflies flying around her arm, and she is holding a switchblade knife. There was no way for us to know that this was a teaser for The Last Of Us 2, but once the official trailer was shown to the audience, there was a clear indication that this limited edition poster was in fact telling us that The Last Of Us 2 is currently in the making.

On top of that, Neil Druckmann, who is a writer and a creative director in Naughty Dog studios, tweeted the full concept of Ellie’s tattoo and her outfit.

Since so many asked for them, here're Ellie's Tattoo (designed by @nataliehall) & outfit (designed by @coyotehackles). pic.twitter.com/cPGsX8vppk

In the Last of Us Part Two, we see Ellie several years after the events of the original game, a bit more grown-up, but still in her teenage years, playing a song on a guitar while her skin is covered in scars and fresh blood. To add to the twist, Joel also makes an appearance and they have a short conversation. No release date is yet announced, but it is good to know that the sequel is in the making.