Clash of Clans: Clan Capital Update is well underway as fans are enjoying the fresh content in the first major update since the start of 2022. As the name suggests, in the Clan Capital update, the game is finally receiving content that revolves around titular clans. Players from a clan will be able to join forces and develop their Clan Capital and its many districts. The new update also introduces two new resources. Learn more about Capital Gold here, and when it comes to Raid Medals, this guide will explain everything you need to know. 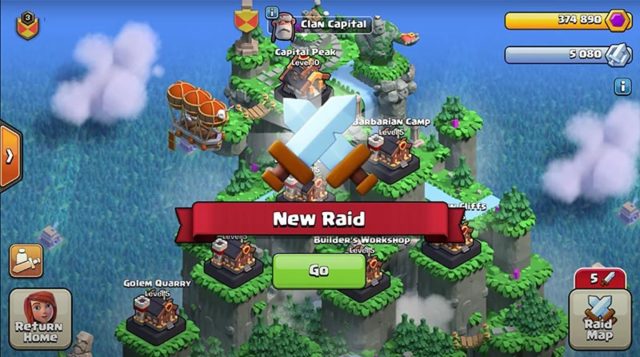 How to Get Raid Medals in Clash of Clans

Unlike Capital Gold, which can be used exclusively for your Clan Capital for upgrading District Hall, restoring ruins, and unlocking upgrades, Raid Medals can be used in your main village. But how to get them? The main method, which is implied by their name, is by participating in Raid Weekends, or more precisely – in Capital Raids. During these raids, clans battle other clans for a chance to win valuable rewards.

If you want to participate in these raids, your clan leader will need to opt-in for that by clicking on the “Start Raid” button. The clan members will be informed when the raid starts. Raid weekends commence every Friday and end on Monday. During these raids, players will get a chance to attack other clans’ Capitals, but also to defend their own. In the end, players will earn raid medals. The exact number depends on the number of enemy districts destroyed. But also, how well you’ve defended your own district.

How to Use Get Raid Medals in Clash of Clans

Raid Medals don’t have any unique use in the sense that you can unlock something new with them. Rather, you should look at them as just another extra currency to buy resources and magic items from the Trader. Here’s what can you purchase with them.