While there are many superhero TV shows (and more yet to come), DC’s Legends of Tomorrow has always been unique among them. Featuring an ensemble character cast (which often changes from season to season) whose job it is to protect the timeline, the show’s format allows it to tackle many different (often progressive) topics and time periods. While never a huge viewership ratings hit, the show has a very devoted fanbase that eagerly looks forward to each new season. This is why the rumor that LoT’s seventh season would be its last was met with a lot of incredulity and fan outcry. Is it true? Has Legends of Tomorrow been cancelled, or is there going to be a Season 8 after all? That’s what we’re here to answer. 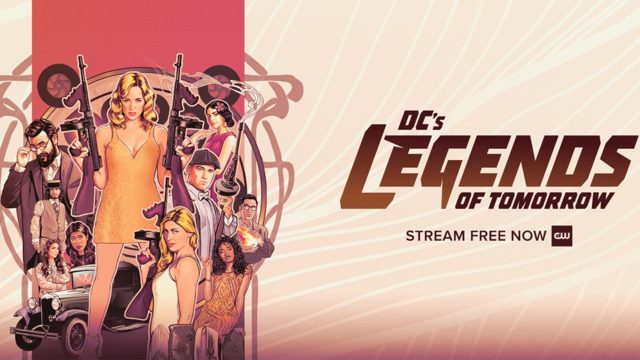 Is DC’s Legends of Tomorrow Cancelled?

Unfortunately, yes, the show has indeed been cancelled at the end of its seventh season. To make matters even worse, the show ended on a major cliffhanger. The Waverider’s crew was lat seen caught, alongside a character that was revealed to have been another major time-traveling superhero – Booster Gold (played by Scrub’s actor Donald Faison). Needless to say, fans were curious to see what Season 8 had in store for the Legends and how Booster Gold was going to fit in (or not, given the complicated dynamics of the team). The show’s cancellation came as quite a shock to both the fanbase as well as the makers of LoT, with the cast and production crew being surprised that the show ended the way it did.

Why Was LoT Canceled?

Out of all the original CW’s superhero TV shows, only The Flash is still – pardon the pun – running. Arrow, Supergirl, Black Lightning, Batwoman, all of these have ended their run. The only new Arrowverse TV show is Superman & Lois, currently in its second season (with a third one on the way). For years, most of these shows have struggled with declining viewership, and it looks like CW has decided to pull the plug on them. Additionally, CW is currently in talks concerning a potential buyout, so this decision could be down to purely business-related reasons.

Is Legends of Tomorrow Going to Be Continued in Some Way?

There’s always a chance that this is going to be the case – potentially in some other form (comicbook, TV Movie, web series, etc.). Of course, this wouldn’t be the first time that a show has been saved from cancellation. Examples of shows being brought back due to fan reception include Star Trek: The Original Series, Family Guy, Community, Arrested Development, and many more. It wouldn’t be too out of the ordinary for the same thing to happen to Legends of Tomorrow.

NEXT POSTPoppy Playtime Experiment 1006, The Prototype, Who is It