Sony has something pretty cool lined up exclusively for PlayStation Plus users. The official word is that the beta for Monster Hunter: World is going to hit PS Plus starting 9th – 12th December, 2017. Capcom says that players will be able to "Take on Three Epic Monsters and Quests in the Exclusive Beta this December and Equip Special Gear from Lethal Hunter Aloy Paris." That’s right, special Horizon Zero Dawn content features Aloy’s bow and full armor, in addition to a Palico armor set will be available for Monster Hunter: World (that’s also a PlayStation 4 exclusive). Just so there’s no doubt, yes, Aloy, the valiant heroine from Guerrilla Games’ action adventure, is indeed making an appearance in Monster Hunter. Check out the trailer below:

According to the publisher and devs, the PS Plus beta will run for three days, and all participating hunters can fight "the hungry Great Jagras, a scavenger capable of swallowing other monsters whole, or the fiery and territorial Anjanath, both of which roam the dense and complex eco-system within the Ancient Forest." What’s more, the game will also make any player character look like Aloy from head to toe. Also, once gamers complete "the Horizon Zero Dawn collaboration event quest, which is planned to be distributed to online players post launch, special materials can be obtained to forge collaboration equipment." 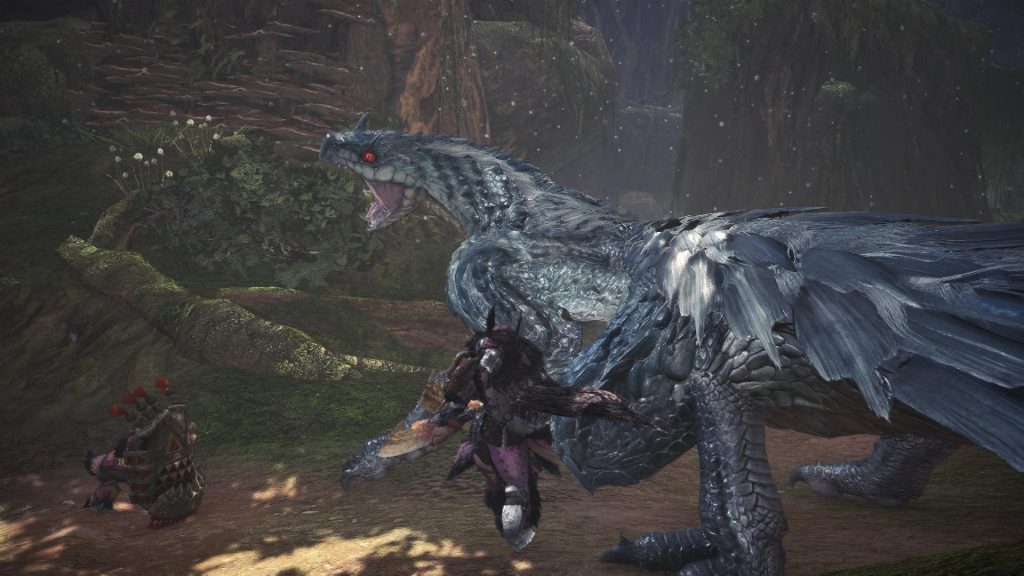 As you can see in the trailer, diverse monsters await to be slaughtered, and some of them are massive. The longer you play and the deeper you step into the Rotten Vale, the more challenge you can expect, as you face colossal creatures like the Radobaan, a terrifying beast that wears the carcasses scattered around the Vale for armor. To get this huge beast, you’re gonna have to be on your toes all the time. Don’t fret, however, because the game’s drop-in multiplayer allows you to tackle the beast with the help of a team of 4 hunters, hence you don’t always have to fight as a lone hero.

Monster Hunter: World is going to be released on January 26th, 2018 with a PC release scheduled to hit the market sometime after that.

NEXT POSTShadow of the Colossus Not a Port, or Remaster