Looking for a list of yet-to-be included characters in MultiVersus? The free-to-play crossover Warner Bros. fighting game is now in the open beta. During this period, players will have an opportunity to test 16 initial characters, with 11 of them starting locked. However, that’s just the starting roster, as developers, Player First Games, have plans to add a myriad of other characters down the line. For now, developers haven’t announced a single new character. However, some reliable leakers have leaked a big group of new MultiVersus fighters potentially in the works. In this article, you will find a full list of all leaked MultiVersus characters. 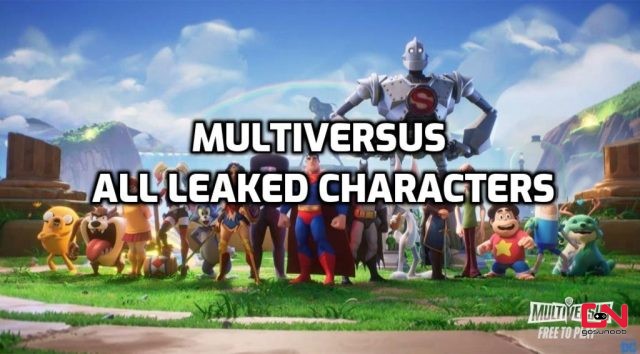 All Leaked Characters That are Coming to MultiVersus

UPDATE: Two of the leaked characters, Lebron James and Rick & Morty, are now officially confirmed and added to the game. This further corroborates the legitimacy of the leaked list of characters!

At the beta launch, MultiVersus boasts a roster of 16 playable characters. Shaggy, Jake, Taz, and Harley Quin are unlocked right out of the gate, while Wonder Woman becomes available once you finish the initial tutorial. You can unlock other characters currently in the game in various ways. That’s a solid selection of characters to kick things off, but the fanbase wants more!

As a crossover game, similarly to Super Smash Bros. Ultimate or Heroes of the Storm, one of the most exciting parts is guessing which beloved character will join the game next. While nothing is official yet, a reliable leaker has already provided a list of alleged characters who should eventually join the game. And the Premium Edition of Founder’s Pack further corroborates his claims. That’s because it comes with 30 Character Tokens for instant character unlock. Given that you can currently only unlock 11 characters, this means that at least 19 new characters are being planned for MultiVersus.

So, what new and iconic characters owned by Warner Bros. Discovery are we potentially getting? According to u/hugeleakeractually, who was the one who initially leaked the existence of the game before its official announcement, these characters are slated to come in MultiVersus at some point. He collected information on these characters based on datamined files and insider information.

This first group of characters are “mostly finished”. Thus, the leaker expects them to arrive in the upcoming months:

The leaked characters below are also in development, but they are not quite ready yet. Thus, the leaker doesn’t expect them to arrive any time soon.