In MultiVersus, you will get the chance to pit some of your favorite characters against each other. These characters come from some very different franchises (from the Warner Bros catalog), so, if you’re ever wondered, for example, who would win in a fight – Bugs Bunny (from Looney Tunes) or Jake the Dog (from Adventure Time), then this is the perfect game for you. It is set to release later this year, but before that – it will first enter a Closed Alpha testing phase. If you want to find out the release date and time of the MultiVersus Closed Alpha, as well as how you can enter it, we’re here to tell you everything you need to know about it. 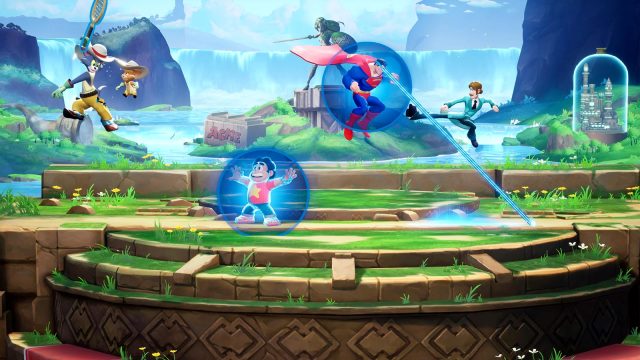 When is the MultiVersus Closed Alpha Going to Release and How Long is it Going to Last?

The MultiVersus Closed Alpha will begin this Thursday, May 19th, 2022, at 9 AM PDT / 12 PM EDT / 5 PM BST. It is going to end on Friday, May 27th, 2022, at 5 PM PDT / 8 PM EDT / 1 AM BST. If you are interested in learning how to sign-up for the Closed Alpha, we have a separate guide on this. Though, the entire process is very easy and you shouldn’t have too much trouble with it. In any case, we hope that you will be one of the lucky players selected to participate in the Closed Alpha.

There is also an Open Beta scheduled for July, though we don’t know too much about it just yet. Now, this being just the Alpha stage of the game, not all of the characters and content is going to be in the game just yet. So far, the following characters are playable: Batman, Superman, Wonder Woman, Harley Quinn, Shaggy, Velma, Tom & Jerry, Steven Universe, Garnet, Arya Stark, Jake the Dog, Finn the Human, Bugs Bunny, the Tasmanian Devil a.k.a. Taz, and Reindog. You can see the other characters that are expected to make it in the full release in our MultiVersus Characters guide.

NEXT POSTV Rising Whetstone, How to Get & Craft Whetstones