MultiVersus is an upcoming fighting game that’s set to arrive on PC and consoles later this year. As you can see from its wordplay title, the game is centered around the Multiverse concept, with famous characters from different franchises battling it out in the game. This way, we can get someone like Superman fighting against Bugs Bunny. And, ahead of its Open Beta which is set for this July, players will be able to sign up for the MultiVersus Closed Alpha. We are going to explain how you can do this right here. 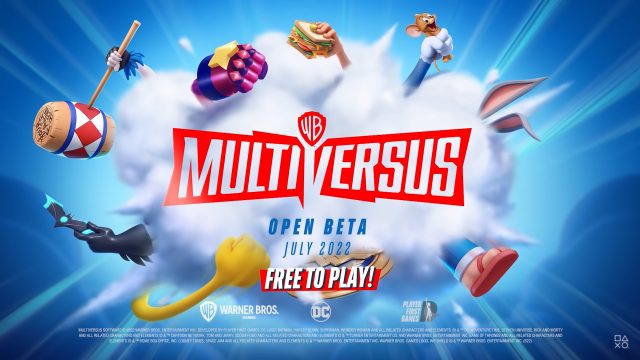 How Long Will the MultiVersus Closed Alpha Last?

What is the MultiVersus Closed Alpha Going to Include?

Naturally, this being the Closed Alpha, not every character, map, and game mode is going to be included here. This is just a sneak peek of what’s to come in the full release. With that said, let’s see which characters are going to be in it: Batman, Superman, Wonder Woman, Harley Quinn, Shaggy, Velma, Tom & Jerry, Steven Universe, Garnet, Arya Stark, Jake the Dog, Finn the Human, Bugs Bunny, the Tasmanian Devil a.k.a. Taz, and Reindog. Some of these characters will be available right from the start, and others will become available once you unlock them. If you’re interested in seeing the rest of the characters that are going to be in the full version of the game, here’s the complete list.

Here are the maps that are going to be in the Closed Alpha: The Batcave, Tree Fort, Scooby’s Haunted Mansion, Trophy’s E.D.G.E., Trophy’s E.D.G.E. 2, Classic 3 Platform, and Training Room. And, finally, let’s see the gameplay modes included: 1 vs. 1 matches, 2 vs. 2 team-based cooperative mode, 4-player free-for-all, and The Lab practice mode.

NEXT POSTApex Legends Mobile Controller Does Not Work Fix