A new Nintendo Switch OLED model is coming! Themed around the Splatoon 3 video game, this special edition has several features that make it a very enticing buy. All in all, this is a must-have if you are a Nintendo Switch fan. We will go over everything you need to know about the Nintendo Switch OLED Splatoon 3 Edition, including its hardware specifications, release date, price, and where and how you can pre-order it. 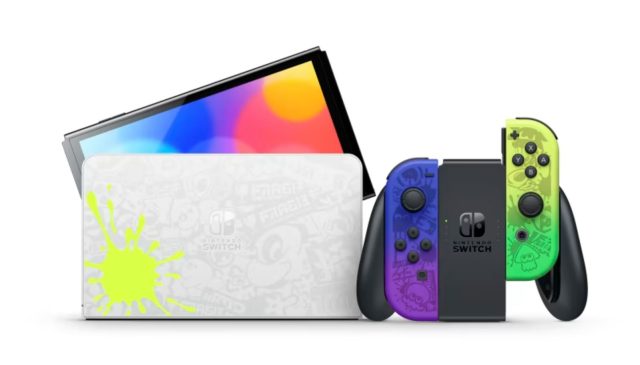 The Nintendo Switch OLED Splatoon 3 Edition is already available for pre-order. To pre-order it, you can visit the Nintendo Store. It is also available at select retailers. We don’t know which ones yet, but Best Buy, Gamestop, Target, and Walmart are a strong possibility, since they usually sell merchandise such as this. Also, this is probably going to be a limited series, so if you are planning on purchasing one – we suggest you do it quickly before they are sold out. The suggested retail price for this model is $359.99, though, as we’ll see, there are also additional accessories that you can also purchase.