If you haven’t heard about Othercide, you should look up for it online. In case you’re too lazy to search for the game, we’ll explain the basics. The game is, in its core, a turn-based tactical title, with a twist, but more on that later. Right now, you should know that Othercide is coming to the PC, PS4, and Xbox One on July 28. If you’re a Switch owner, don’t worry. The game is set for release on Switch, but the version for the Nintendo console is slated to come at a later date. Now, about that explanation. 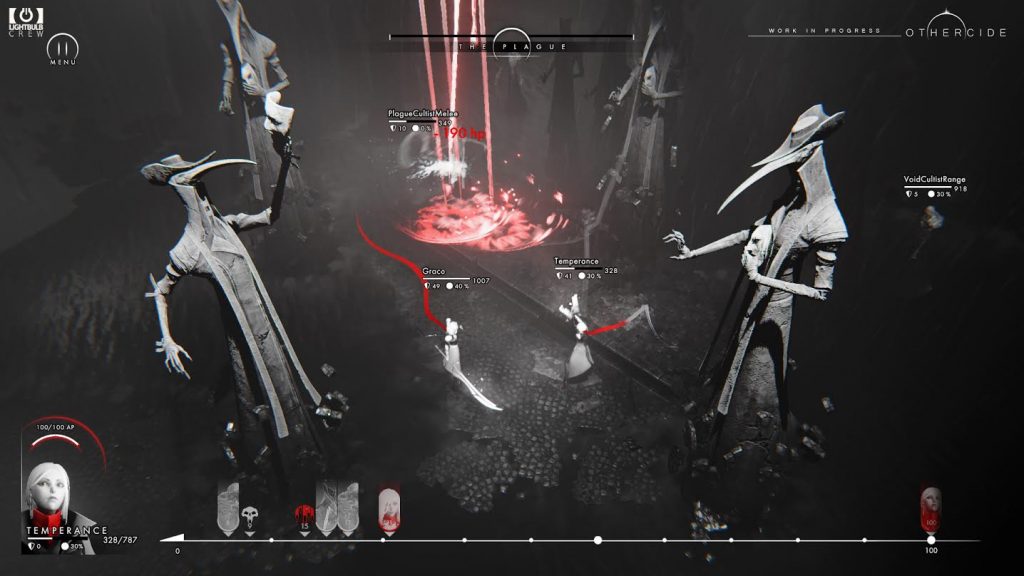 Othercide employs the good old turn-based combat mechanic, but with a major twist. While you can assign moves for the current turn, you can also assign commands for future turns. On top of that, the game allows players to interrupt enemy attacks or launch attacks that weren’t assigned during earlier turns. The original gameplay should breathe fresh air in the tried and true turn-based combat formula, with battles that have lots of unexpected moves.

The game is based on different classes of creatures known as Daughters. As you can hear in the trailer, it seems that some ancient being sacrificed themselves in order to bring their daughters to the battlefield. They are divided into three main classes – Blademasters, Soulslingers, and Shieldbearers. Each class excels in a particular area of combat and players should maximize their strengths and avoid enemies from exploiting their weaknesses.

The visuals are highly stylized and original. If you remember a game called The Saboteur, you have a pretty good understanding just how Othercide looks. Everything is in shades of grey with the only color being red. It appears in slivers when a character on a battlefield is bleeding or when certain powers are activated. Red can also be seen on Daughters as part of their clothing. This highly unique game can be pre-ordered for Steam and Xbox One for 15 percent off its regular price.