PGL Major Antwerp 2022, the next big CS:GO tournament, is about to kick off. The best Counter-Strike: Global Offensive players from around the world are gathering in Belgium to showcase their skills in a battle for glory and a whopping $1,000,000 USD prize pool. For fans who want to support their favourite teams and players, Valve has introduced a series of exclusive team stickers and player autographs themed around the tournament and the participating esports orgs and stars. Here are all PGL Antwerp Major 2022 stickers, autographs, and capsules. 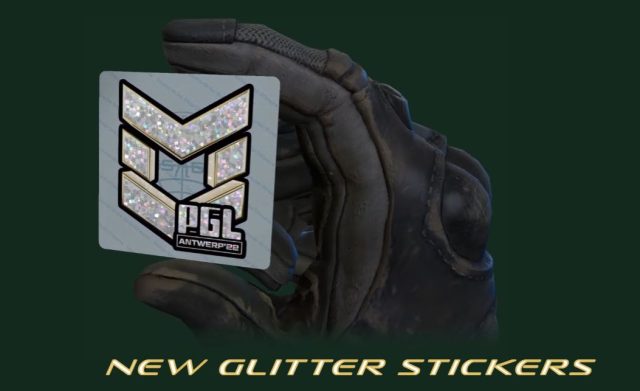 For the Major Valve has introduced new glitter stickers

In collaboration with esports organisations and PGL, Valve has created a series of exclusive CS:GO stickers representing participating teams at the Major. Each of the 24 teams has received a sticker. Players can purchase these stickers via in-game capsules and put them on their weapons to show support. Just like the teams in real-life, team stickers are also grouped into three categories – Legends, Challengers, and Contenders. These team stickers are available in corresponding team sticker capsules (Legends, Challengers, or Contenders Capsules).

Just like the teams, all participating players will have their own unique signature stickers themed around the PGL Major Antwerp. Player autograph stickers are also separated into three capsules. Legends, Challengers or Contenders Autograph capsules can be purchased for around ~1 dollar(0,89€). The price for capsules is the same for both the team stickers and player autograph stickers. Also, it doesn’t matter if you want to buy Legends, Challengers, or Contenders capsules. Each will always cost you a dollar.