Teenage Mutant Ninja Turtles have arrived to Brawlhalla as Epic Crossovers, and you are able to play as each of the four Turtles. A new game mode called Crew Battles is also available now. Besides these, all four Turtles will get get Signature attacks. These Signature attacks will feature the Turtles’ sensei, Master Splinter, and their friend and comrade-in-arms, Casey Jones. There will also be new K.O. effects with their arch-nemesis, Shredder, and his evil Foot Clan. A new map depicting the Turtles’ home and headquarters – the New York sewers – where you can play Free-For-All and 1v1 matches is likewise available now. Finally, there are four new avatars of the Foot Clan symbol, Krang, the Technodrome, as well as an animated avatar depicting all of the Turtles’ faces. 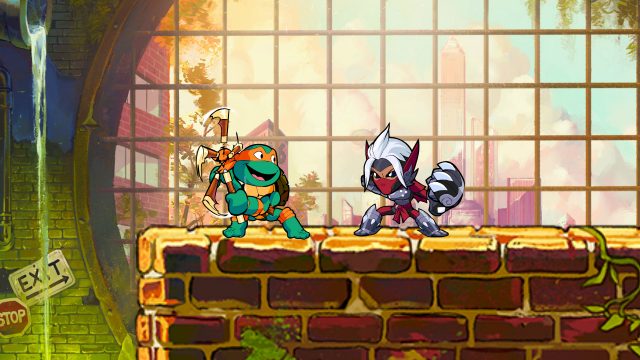 You can purchase each of these Epic Crossovers for 300 Mammoth Coins via the in-game store. Since there are four Ninja Turtles, there are also four New Teenage Mutant Ninja Turtle Crossovers. These are: