The unexpectedly announced Project Cars 3 has received an official release date. The game is coming on August 28, 2020, for PlayStation 4, PC, and Xbox One. The game’s announcement trailer showed the game leaning towards the arcade side of the driving. Later on, we’ve found out that the game is aiming towards the simcade driving model. Similar to those seen in Forza Motorsport titles and Slightly Mad Studios’ own Need For Speed Shift. The game, once it arrives, will feature expanding campaign, lots of vehicles to drive, and much more. 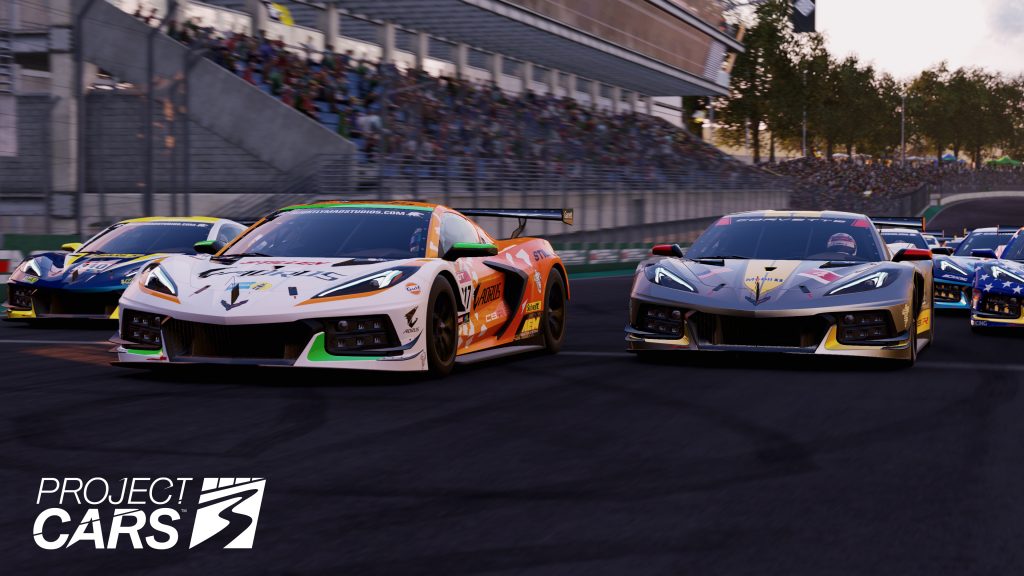 The official blurb from Bandai Namco reads “[Project Cars 3] will feature all the authentic motorsport and racing content fans expect: the biggest car roster in the franchise’s history, new tracks (including venues such as the home of the Brazilian Grand Prix, Interlagos, and the roads of Tuscany), plus an exciting, fully-fledged career mode that will entice players on a driver’s journey from the weekend warrior to racing legend. Also new to the franchise are authentic car upgrades, customisation and personalisation options for both cars and drivers, and improved assists to welcome newcomers into the thrilling world of motor racing at its most intense.”

We would like to add that it’s nice to see an expanded campaign mode along with allowing players to buy and upgrade new cars. The first Project Cars had all of its vehicles unlocked from the get-go. That was cool on one hand but on the other, it removed any sense of progress from the game. We also have to mention that Project Cars 3 plans to greatly improve the experience of driving with a controller. Less than ideal controller support was one of the major shortcomings of the first two games. If Slightly Mad brings the majority of promised additions and improvements, this could be the best racing game of 2020.