The long-awaited sequel to the (literally) mind-bending adventure Psychonauts, is almost here, and with it – a brand new story trailer. Ever since it was first released way back in 2005, Psychonauts has become a cult game, one that often graces many “Overlooked games you have to play” lists. Its unique blend of platforming and psychic-based puzzles still resonates with players, more than 15 years after release. It’s no wonder that famed game director Tim Schafer wanted to continue the game series in the form of a full-fledged sequel. To drum up even more anticipation for the title, a trailer that explores the story of the sequel has been released. 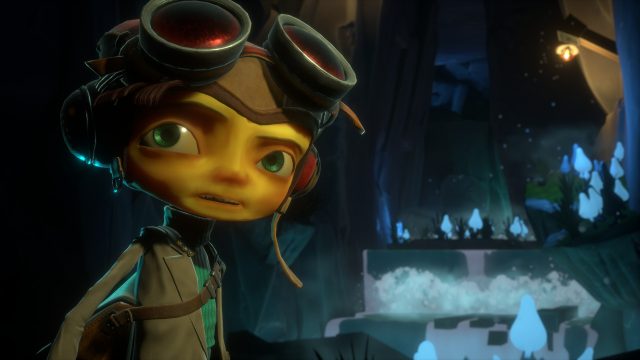 When is the Psychonauts 2 Release Date

Psychonauts 2 is set to release August 25th. It will be available for PC (via Steam) and on Xbox One and Xbox Series X|S. As you can see in the trailer we’ve linked down below, the story for Psychonauts 2 continues right after the events of the first game. The protagonist, Raz, is a powerful child psychic, who has been gifted with many mind-based powers. Besides the usual assortment of telepathy and telekinetic abilities, he can also turn invisible, set things ablaze with his mind, and even enter the minds of other creatures. It is precisely here, in the mindscapes of friends and foes alike, that Psychonauts’ most interesting levels take place. Here, Raz will tackle weird concepts conjured by the psyches he interacts with.

The combat seems more fluid and engaging than in the original. Also, all the previous PSI-Powers make a return appearance, and there will no doubt be others as well. One of these which was prominently featured in the trailer was projection. This ability allows Raz to conjure up a 2D double of himself. Being 2D, this doppelganger can access areas Raz cannot reach. We will be able to see Psychonauts 2 in action soon, at the end of August. Until then, enjoy the trailer.