PUBG is still alive and kicking. While player numbers are far cry from the game’s 2018 peak, PUBG is still regularly among the top 3 titles on Steam. One of the main features in PUBG are drivable vehicles. They can completely change the pace of battle and allow you to escape sticky situations in a heartbeat. But until now, the game was limited to ground vehicles. You had your motorcycles, jeeps, trucks, and boats, but soon you’ll be able to reach skies with Motor Glider. The upcoming aircraft is a humble two-seater with zero weapons. But who needs weapons when you can glide through the sky! 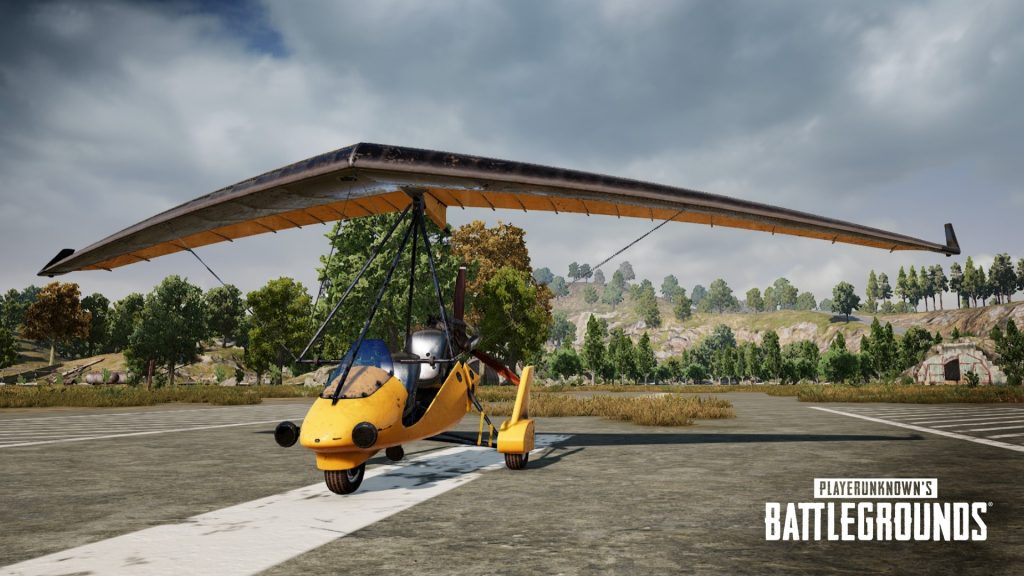 Motor Glider is still in development and tomorrow will be the first chance to fly it. Testing commences in PUBG Labs starting at 8am (CET) and will last until December 23 at 8am (CET). You can easily find the notification about the test in the main menu. The testing will take place on two maps – Erangel and Miramar. And the only game mode available will be squads. Sorry, no solo queue for this one.

Let’s talk a bit about the Motor Glider. First of all, as we already said, there are no weapons. On the other hand, the passenger is able to shoot from weapons and to throw every grenade type. Enemies can shoot Motor Glider. The engine is the only thing that can be destroyed on the aircraft but don’t worry. Even after the engine gets blown, you’ll be able to safely land since the tires are indestructible. The aircraft can be found at random points on the map. And remember that the rotor can kill you if you get to close to it.

Motor Glider uses fuel, and faster you go the more fuel is spent. The aircraft doesn’t have a max altitude but the higher you go the less power is generated by the engine. In other words, at one point the aircraft will start to stall. The main disadvantage of the aircraft is the takeoff procedure. You need a relatively flat surface to take off and you need to hit 70 km/h. This could be a major disadvantage in a game like PUBG since you’re basically a sitting duck until reaching a certain altitude. Nevertheless, we can’t wait to see how cool flying can be in PUBG.

NEXT POSTRed Dead Online Gets Festive, Gives Christmas Presents to All Players