If you happened to explore the Five States Frontier of Red Dead Online yesterday, you’d probably noticed that the whole map is covered in snow. Red Dead Only is ringing the holiday season bells until January 6, bringing snow everywhere along with a wide selection of gifts. First of all, the whole map is snowy. Even the hot and humid Lemoyne is white and Saint Dennis looks amazing under the snow. But the snow isn’t the only change in the game. Every saloon is playing holiday songs, bringing the spirit of Christmas to all poker players and drunks out there. Your camp and Moonshining Shack are also covered in decorations, which look really cool combined with the snowy weather. Finally, it’s snowing in selected Showdown modes, both on the PC and PS4. The holiday season in Red Dead Online will last until January 6. 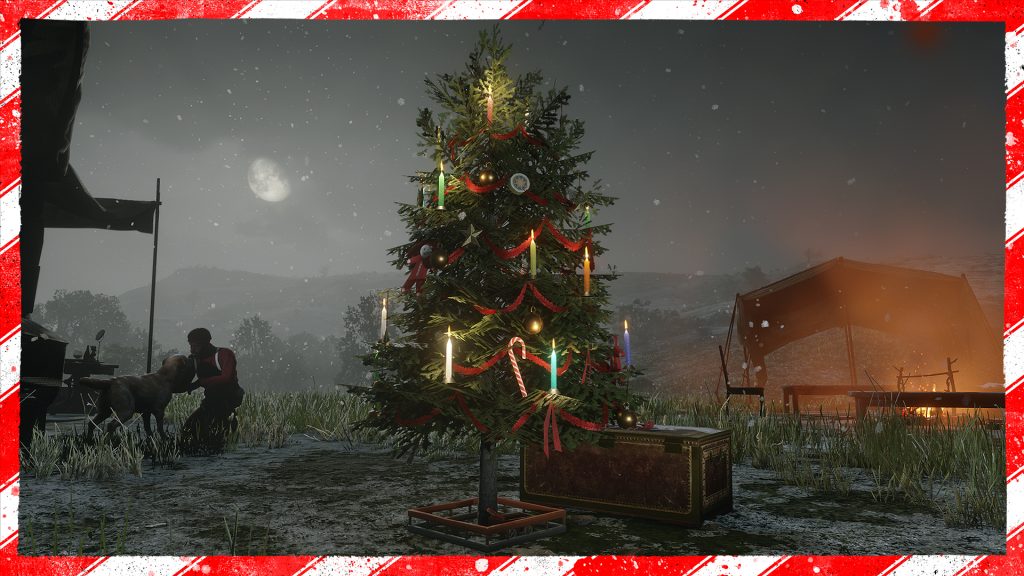 Christmas isn’t the same without gifts and Rockstar is bearing lots of cool gifts for all Red Dead Online players. The seasonal Gift Chest will be awarded to all players who log-in to the game between December 23rd – 25th. The chest is filled with goodies, which are listed below:

50 candles doesn’t sound like much but 100 shotgun slugs or 20 volatile fire bottles do look like nice presents for all cowboys out there.

This looks much better than the Gift Chest, especially that treasure map, extra XP, and cash. But wait, there’s more! Play Red Dead Online between December 31st and January 6th and you’ll receive 1,000XP for each of the four specialist roles available in the game – Moonshiner, Bounty Hunter, Trader, and Collector. Finally, Madam Nazar prepared an interesting quest for collectors. Visit her between December 24th and 30th to embark on the Festive Feast Collection quest that pays a handsome sum.

NEXT POSTStyx: Shards of Darkness is the Best Game of January Xbox Games with Gold Pack